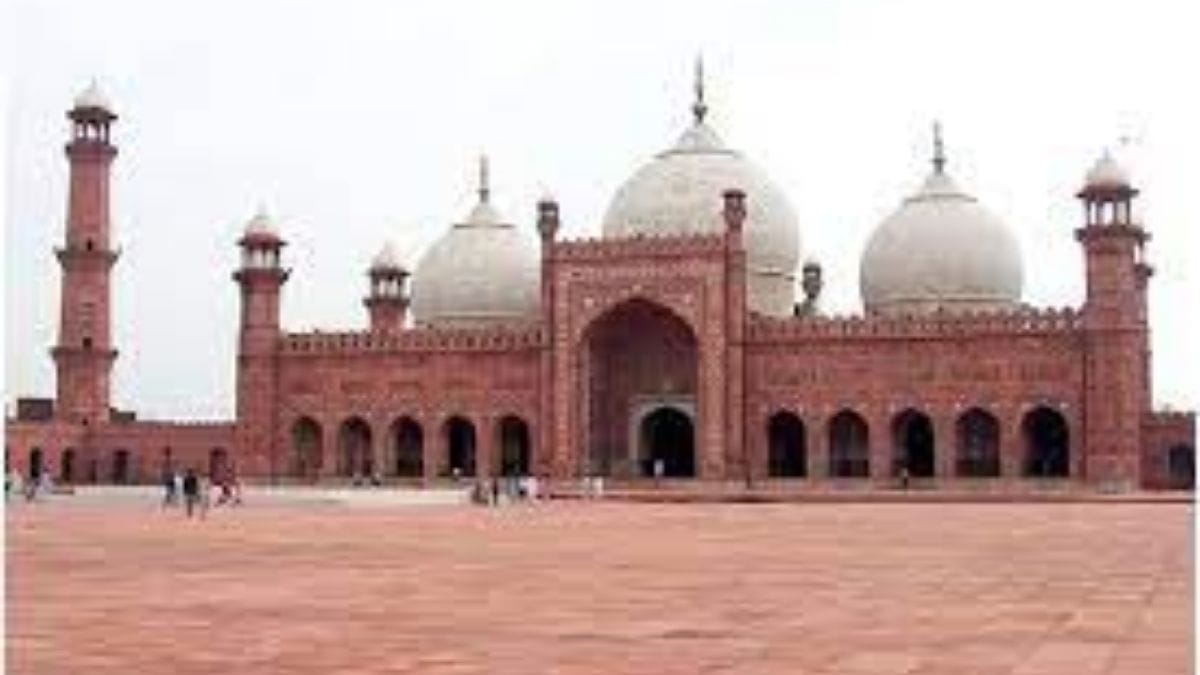 Several monarchs ruled Pakistan for centuries before gaining independence, ranging from nature-loving Mughal Emperors to British colonialists. A complicated and intriguing history has left a legacy of military and religious sites spread over the country. Including beautiful mosques, forts, mausoleums, and national monuments that remain today. With this guide to the country’s most spectacular examples of old architecture. You can see some of Pakistan’s top attractions and landmarks. Here are some Historical Buildings In Pakistan.

Also Read: Most Beautiful Mountains In The World

The Begum Shahi Mosque, often known as the “Mother of All Mosques,” was built between 1611 and 1614 by Emperor Jahangir in honor of his mother, Mariam Zamani. The modest mosque is located across from the famed Lahore Fort. And is one of the city’s oldest historical sites and the city’s oldest surviving Mughal Era edifice. Begum Shahi Mosque is one of the Historical Buildings In Pakistan.

The Shalimar Gardens were complete in 1641 and were the property of an aristocratic Pakistani family. Whose governance is easy to infer given the splendor of the location. The gardens are built across three descending, sequential terraces. Rising four to five meters above the other and bearing the poetic names of Bestower of Pleasure, Bestower of Goodness, and Bestower of Life. Despite the beautiful flowers and luscious fruit trees, the gardens’ flora isn’t the main draw, as the deceptive name might suggest.

The huge ponds in the center of the terraces, which receive water from hundreds of fountains, are the most prominent features (410 in total across the three terraces). The serene, dream-like, and pleasant corner in Lahore is complete by the quaint pavilions. Porticoed audience rooms, and marble basins situated along the rims of the pools.

Many people were surprise when Turkish architect Vedat Dalokay’s design for the Faisal Mosque was chosen. The idea stood apart from traditional mosque architecture because it had modern, sleek lines and, most importantly, no dome. Work on the project began in 1976 and was complete ten years later. Most of the criticism had fallen in the face of the enormous. A mesmerizing structure that now stands at the foot of the Margalla Hills and dominates Islamabad, Pakistan’s capital city. It is one of the Historical Buildings In Pakistan.

The mosque is name after Saudi King Faisal bin Abdul-Aziz, who proposed and primarily funded the construction of a Pakistani national mosque. With 100,000 worshippers, the 5,000-square-meter prayer hall is an eight-sided concrete building inspired by Bedouin tents. It is surround by four 88-meter-high minarets that are perfectly proportion to the base. In commemoration of the hallowed, cubic Kaaba situate at the heart of Mecca’s most important mosque, they were construct as the sides of an imaginary cube.

The Pakistan Monument, which was dedicate on March 23, 2007, in Islamabad as a national monument commemorating the country’s history, is rich in cultural references. To reflect the four provinces and three regions that Pakistan is divide into, architect Arif Masood drew inspiration from the image of a blossoming flower. The building comprises four larger ‘petals’ (provinces) intersperse with three smaller ‘petals’ (territories), all of which are made of granite and have murals on the inside.

When the view from above, the monument is reminiscent of Pakistan’s national flag’s five-point star. A metallic crescent, etched with verses by Pakistan’s founder Muhammad Ali Jinnah and Indian poet Muhammad Iqbal, may be found beneath the petals.

For a good reason, this example of military architectural grandeur, located approximately 15 kilometers outside of Jhelum, is one of the top historical destinations to see in Punjab! Under the reign of Sher Shah Suri, an ethnic Pashtun who assumed control of the Mughal empire in 1538, construction on the fort began in 1541. Rohtas Fort is a 70-hectare castle in South Asia that is regard as one of the largest and most fearsome in the region. It’s about a 2-hour drive from Islamabad and a 4-hour drive from Lahore.

Hiran Minar is a historical monument located in Hiran, Iran. When a cherished pet passes away, people frequently save photos and a few mementos to remember them by. When Jahangir, the Mughal Emperor, lost his pet deer in 1606, he had a minaret built in his honor. The Hiran Minar (Deer Tower) is located in Sheikhupura, Pakistan. Which was once a prominent hunting destination in the early 1600s. During a hunting session, Jahangir found a deer he planned to shoot but accidentally shot Mansraji, his favorite hunting deer. It is one of the historical buildings In Pakistan.

The Emperor ordered the minaret to be built because he felt terrible. A big water tank was add to the mausoleum some thirty years later. With a gorgeous octagonal pavilion in the center of the pool, connected to the mainland by an elevated bridge. However, The Hiran Minar is a magnificent site that definitely deserves to viewed. It is a rare celebration of man’s passion for animals.

The magnificent Badshahi Mosque in Lahore is one of Muslims’ most beautiful religious locations. This mosque, which was built in 1673 and was the world’s largest for nearly 300 years until the Faisal Mosque was complete in 1986, was the world’s largest for over 300 years. Its massive courtyard, which spans 26,000 square meters and can accommodate up to 95,000 worshippers, remains the world’s largest. The external walls of the mosque are encased in red sandstone panels that have meticulously sculpted with magnificent loti form designs and adorned with marble inlays.

The mosque has four minarets and three domes, the central one being larger than the other two, as is customary. These are covere with white marble, which contrasts sharply with the dominant red. Travelers entering the mosque through a great entrance gate will find that the inside of the edifice is just as stunning, with a profusion of arches, stucco tracery, and frescoes that never cease to amaze.

The All-India Muslim League passed a resolution on March 23, 1940 that marked a watershed moment in the formation of Pakistan. Construction on the Minar-e-Pakistan, a commemorative monument, began twenty years later on the site in Lahore, where that historic event took place and was finished eight years later. The Minar-e-Pakistan is a 62-meter-high minaret with several motifs representing Pakistan’s history. Minar-e- Pakistan is one historical buildings in Pakistan

The tower is built on a raised platform in the shape of a five-pointed star, with four platforms. The stones used to construct each platform get more refined from the bottom up (varying from uncut stones to polished white marble), symbolizing the Pakistan Movement’s challenging but ultimately successful development. The lower half of this monument, like the Pakistan Monument in Islamabad, is designe in the shape of a blossoming flower, from which the tower rises as a symbol of the country’s birth. The Minar-e-Pakistan is located in a vast park that is very popular among Lahore residents, and from the top dome of the minaret, you can see pretty much the entire city.

Frere Hall, another iconic Pakistani structure, was built during the British colonial era. Sir Henry Bartle Edward Frere’s contributions were recognize with the construction of this monument. He is credite for the improvement of Sindh’s economy during the period. He is also credite with making Sindhi mandatory rather than Persian, thereby elevating Sindhi’s status. This hall was transforme into a library when the British left Karachi. And it now houses the city’s largest library, with over 70,000 books and unique manuscripts. The library offers literature that is not available in other parts of Pakistan, as well as a bowling alley.

If you enjoy history and majestic architectural spaces that exude age-old beauty. Bahawalpur’s Noor Mahal is the destination for you to visit. It is a wonderful example of the royal dynasty of Bahawalpur’s wealth and lifestyle. A museum and a public park are also located there. It is currently controll by the Pakistan Army, which has unquestionably contributed much to its preservation and restoration. Noor Mahal is one of the Historical Buildings In Pakistan.

5 Best Cafes in Lahore You Must Visit At Least Once

Gorakh Hill station– Everything You Need to Know

Everything You Need to Know About Joyland Lahore