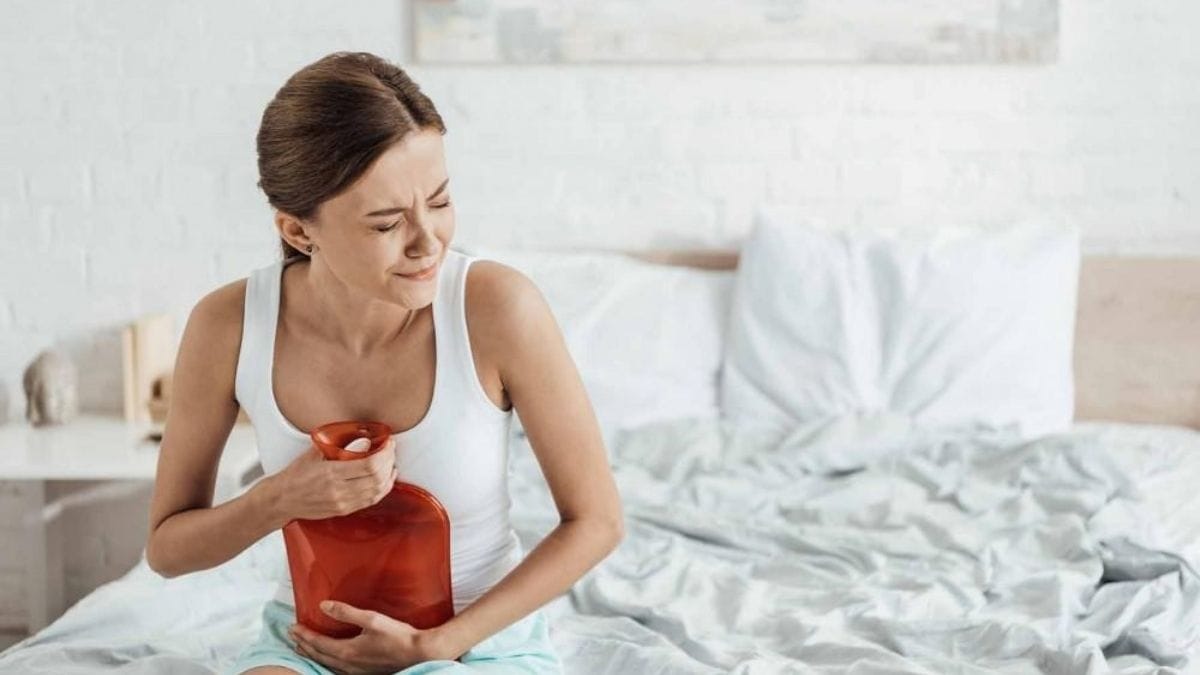 is period pain normal? We are told our lives as women that having period pains is entirely normal. But the truth is that it isn’t. You shouldn’t have to spend an entire day in the bathroom because you’re bleeding and it hurts, and you shouldn’t be unable to walk properly or do certain things because it’s your period. Women are informed that it’s perfectly natural since we’re taught to bear the pain and that being a woman entails feeling or having to bear the pain. Being a woman entails sacrifice and, at times, suffering – society goes to great lengths to make it seem like a woman is a sin. Being a woman is a privilege; we not only bleed once a month, but we also give birth to the next generation, whereas men can’t stand being hurt. Most important thing how to get rid period pain?

Primary dysmenorrhea and endometriosis are the two most common causes of period discomfort. The first is painful periods that affect women as soon as they begin menstruation and have no medical explanation. Because many women with dysmenorrhea may have undetected endometriosis, the distinction between the two disorders is unclear. Another concern is that getting a correct diagnosis can take up to ten years.

On the other hand, endometriosis happens when the tissue that lines the lining of the uterus or womb grows outside of the uterus — typically in the lower abdomen or pelvis. Still, it can occur anywhere in the body. Doctors distinguish between two forms of menstruation discomfort. Primary dysmenorrhea is the most prevalent form. This form of period discomfort usually begins with your first period or within a few years afterward. The discomfort is most commonly felt in the lower abdomen (belly), although it can also occur in the lower back and thighs. A continuous discomfort or a cramping, gripping agony are common descriptions.

The truth is that women worldwide are battling with something, and what is so amazing about being a woman is that we all know we are not the weaker sex, despite popular belief. And that we all bleed once a month, but that suffering has become so commonplace that we disregard our discomfort since it is considered normal. is period pain normal? If not you should consult a doctor just in case since even though the world has normalized it, none of us believe it is. Sometimes we have the feeling that something isn’t quite right, so if you have that feeling, get it looked out.

Scientists have recently concluded that our period symptoms are similar to, if not identical to, the pain experienced during a heart attack. However, because only one in every five women is badly affected by period pains, relatively little research has been conducted on the subject. Some women even die due to the pain, but no one takes it seriously due to a lack of research and the fact that it has become commonplace.

It’s usual for us to bleed once a month now, but the anguish that comes with it isn’t. Hormonal shifts are normal, but getting them regularly isn’t. The truth is that there could be something wrong with you that you are unaware of since no one has ever told you. But now is the moment to take action and take the suffering seriously. If your periods are irregular or you have excruciating cramps that prevent you from moving, you should consult a doctor. Mild pain is acceptable, but becoming disoriented or feeling like you want to vomit is not. Our society has normalized our suffering, but that doesn’t mean we aren’t aware of it or should ignore it. But also find how to get rid period pain

Also Read: Do You Know Pakistan Loses 40,000 Women Every Year?

How common is period pain?

Dysmenorrhoea is the medical term for period pain, and it’s a problem that many women are familiar with. The number of women who have painful periods varies depending on the research, but an Italian study from 2012 found that 84 percent of young women have painful periods.

Endometriosis is a disease that affects the reproductive organs of women. It happens when cells that are lining the uterus are discovered in other places of the body. Adenomyosis is a uterine disorder in which the cells that ordinarily form a lining inside the uterus develop in the uterus’s muscular wall. When an infection extends from the vaginal to the upper reproductive organs, it is a pelvic inflammatory disease. Sexually transmissible diseases (STIs), chlamydia, and gonorrhea are the most common causes. Fibroids are noncancerous muscle tissue growths or lumps that occur within the uterine walls.

How To Get Rid Period Pain

Both basil and thyme contain caffeic acid, a powerful natural painkiller. It can used fresh or dried, and it can be added to your meals. Alternatively, you can steep the herbs in boiling water to make tea. To 500ml boiling water, add two tablespoons of thyme or basil leaves. Allow the tea to cool to room temperature before serving. To relieve menstrual discomfort, drink 1/2 to 1 cup every hour.

It’s a fantastic cramp relief. It’s effective while you’re having gastrointestinal issues. It can frequently change irregular periods into regular ones. You can use it to make cakes and biscuits, or use it as a spice with vegetables and meat. Tea, once again, proves to be the most efficient way to ingest this spice: steep 1 cup boiling water with fresh or ground cinnamon three times a day.

It has potent anti-inflammatory qualities that aid in the relief of cramps. You can drink it as a tea, bake with it, or sprinkle it on yogurt or cereal.

Fennel is a good cramp reliever for those who enjoy aniseed, and it may help move circulation to the ovaries. 1 teaspoon fennel seeds, ground into a powder, 1 cup boiling water, steeped for five minutes, strained and consumed hot

These are high in iron, which is important during menstruation because heavy bleeding can deplete iron stores. Liver, beans, seafood, and fortified bread and cereals are other iron-rich foods.

This helps, but I have no (scientific) explanation for why. Sometimes it’s better to lie on one side rather than the other, while other times, it’s better to be on my back. Said, figure out what relieves the greatest discomfort.

If you often take minor pain relievers like ibuprofen, you might want to try this, but it’s not necessary.

Wear Loose-fitting Clothing Around your Midsection

This may seem apparent, but it isn’t. Wear garments that don’t bind or compress your stomach and abdomen.  Applying heat to your abdomen with a hot water bottle or heat pad will release and relax your muscles. all these tip help you how to get rid period pain.

Do You Know Pakistan Loses 40,000 Women Every Year?