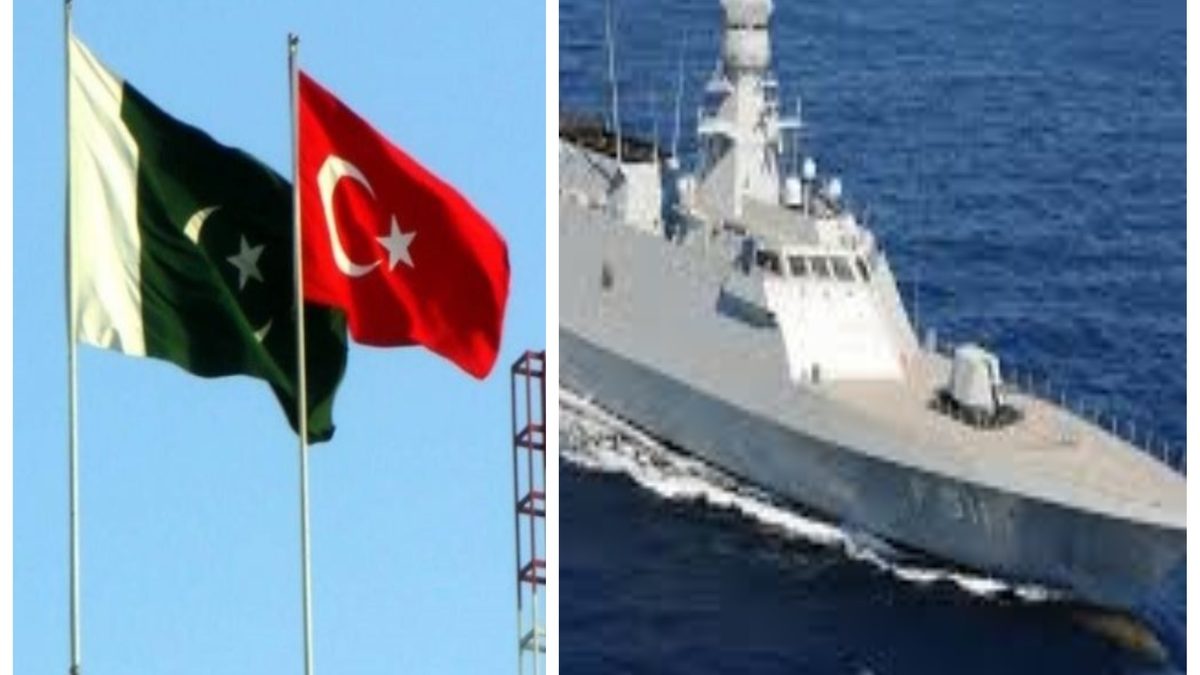 On Tuesday, Pakistan Navy held the groundbreaking ceremony to start the construction of the MILGEM Ada Class Corvette in collaboration with state-owned Turkish defense contractor ASFAT.

The MILGEM Ada Class Corvettes will be state-of-the-art surface platform equipped with the modern surface, subsurface and anti-air weapons, sensors, and combat management system. These ships will be among the most technologically advanced platforms of the Pakistan Navy and will significantly contribute to maintaining peace, stability, and balance of power in the Indian Ocean region.

Two state-of-the-art warships to locally constructed for the Pakistani Navy as part of a transfer of technology agreement signed between Pakistan and Turkey. The contract for four MILGEM Class Corvettes equipped with modern weaponry and sensors signed in 2018. Another two will build in Turkey.

A steel-cutting ceremony marking the beginning of construction was held in the Karachi Shipyard and Engineering Works (KSEW) yesterday. This ceremony attended by officials of the Pakistani Navy, representatives of Turkey’s state-run defence firm ASFAT and the Managing Director of KSEW, Rear Admiral Ather Saleem, reports Anadolu Agency.

Last week, the keel-laying – or the formal recognition of the start of the construction ceremony for the first ship held at Turkey’s Istanbul Navy Shipyard. During a previous ceremony, in October 2019, President Recep Tayyip Erdogan and Pakistan Navy Chief Admiral Zafar Mahmood Abbasi cut the first metal plate of the first MILGEM ship.

The Pakistani Navy will receive the first two MILGEM ships in 2023 and the remaining two by 2025.

A spokesperson of the Pakistan Navy said that the domestic construction of the ships will help promote the shipbuilding industry. He added the construction of MILGEM-class ships reflects the strong bonds that exist between Pakistan and Turkey.

According to Pakistan’s The Nation, these ships will be among the most technologically advanced platforms in the country. They will significantly contribute to maintaining the balance of power in the Indian Ocean Region.

Contrary to popular belief, it is possible for men and women to be just friends. If you and your girl best friend are the opposite genders, chances are everyone you meet assumes you’re dating, your parents believe you’re secretly together, and your friends all wonder…

How to Reduce Depression In Every Situation

Nowadays, the message is visible: #STAYHOME! Many countries are in Coronavirus. It is essential to understand that everyone reacts differently to stressful situations. So, while some may find it peaceful to stay holed up and not be bothered by the outside world for a while,…

How to boost immune system? Vitamin D is pivotal for immune.

How to Lose Weight in 21 Lockdown Days

Weight loss is on the mindset of many people, especially with coronavirus lockdown in full swing. People are allowed one form of exercise a day, & many are worried they will gain weight. Due to the coronavirus, the entire world is under 21 days lockdown….