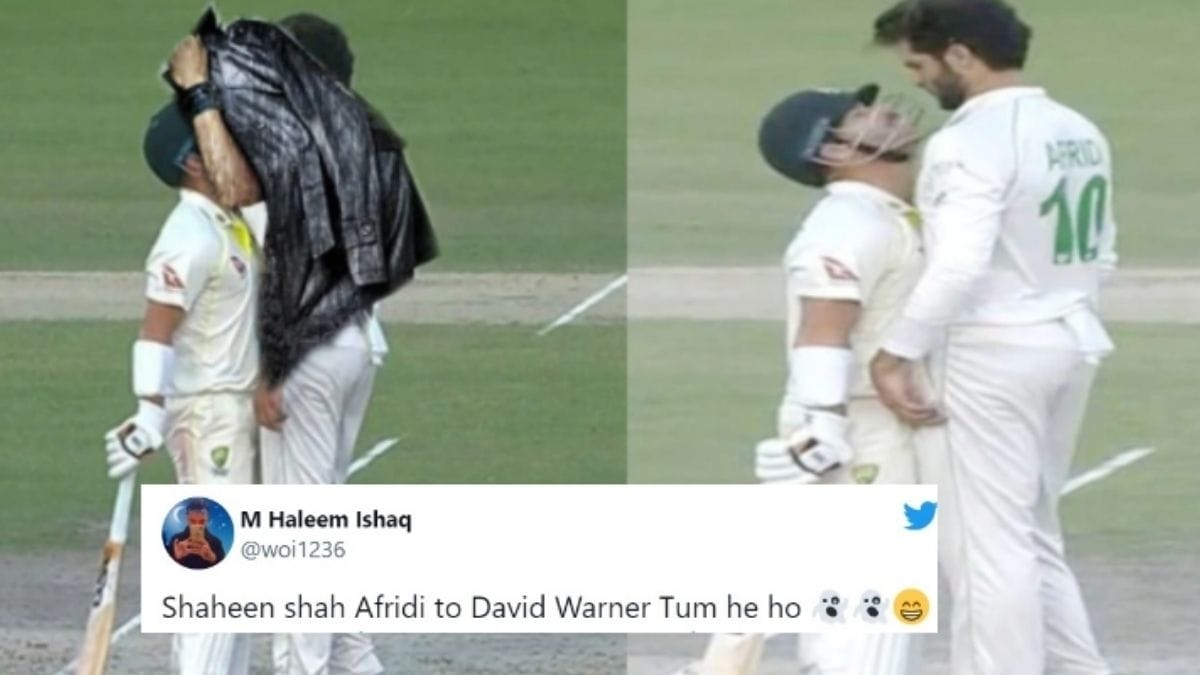 From banners of Pakistani spectators displaying their admiration for the Australian batsmen to David Warner and Shaheen Afridi engaging in amusing on-field banter, the historic Test series between Australia and Pakistan turned out to be a full-on entertainer. Shaheen Afridi and David Warner had a “fight” that spawned dozens of new memes during a test match.

The two cricketers pretended to have an aggressive “confrontation,” but it ended with both of them laughing. The incident occurred during the final test match between Australia and Pakistan.

Countless memes have been created due to Shaheen Afridi and David Warner’s amusing exchange. Here are a few samples of what we’re talking about.

Some people thought the two players’ interaction during the Australia-Pakistan test match was “romantic”;