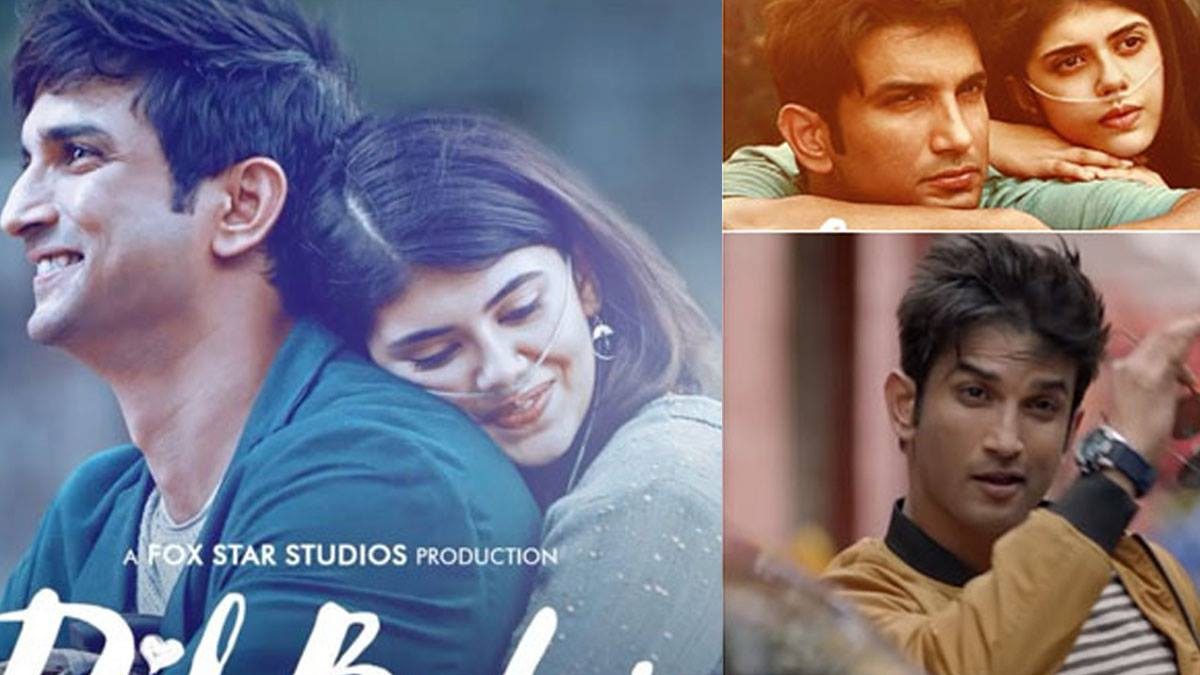 Last month, the death of Bollywood actor Sushant Singh Rajput shocked many peoples all over the world. The actor’s death by suicide has angered fans as possibilities emerged of rumors. That he was turned to this decision by a lack of acceptance from his industry. Dil Bechara his last movie.

Fans who were left puzzled by the death of Sushant Singh Rajput are finding joy. As the trailer for his first release just dropped.

Dil Bechara is an official remake of the 2014 Hollywood film The “Fault In Our Stars”. The film stars Sushant Singh Rajput and Sanjana Sanghi in lead roles The 2-minute-43-seconds long trailer shows the story of Kizzie (Sanjana). A cancer patient and Immanuel Rajkumar Junior Manny (Sushant), an osteosarcoma survivor. And their emotional journey through the streets of While Kizzie has been living her life knowing that it might end someday, sooner or later. Because of the disease, Manny enters and breathes energy into her dull life, teaching her that life is all about living it to the fullest without worrying about the end.

The first trailer of the film Dil Bechara, which just dropped on YouTube, is beautiful yet heartbreaking in multiple ways. First of all, it’s painful to watch Sushant Singh Rajput on screen because he is no more. Watching him perform the character he plays in the film, it’s very tough to believe that he doesn’t exist anymore. In the trailer, we see Sushant Singh Rajput bringing the screen to life. He is everywhere and so lively that the whole screen looks so refreshing. It just plays with our hearts, and it’s tough to watch it without shedding a few tears.

The trailer describes a beautifully acted performance that is sure to serve. As an emotional full stop on Sushant’s rather incredible but short career.