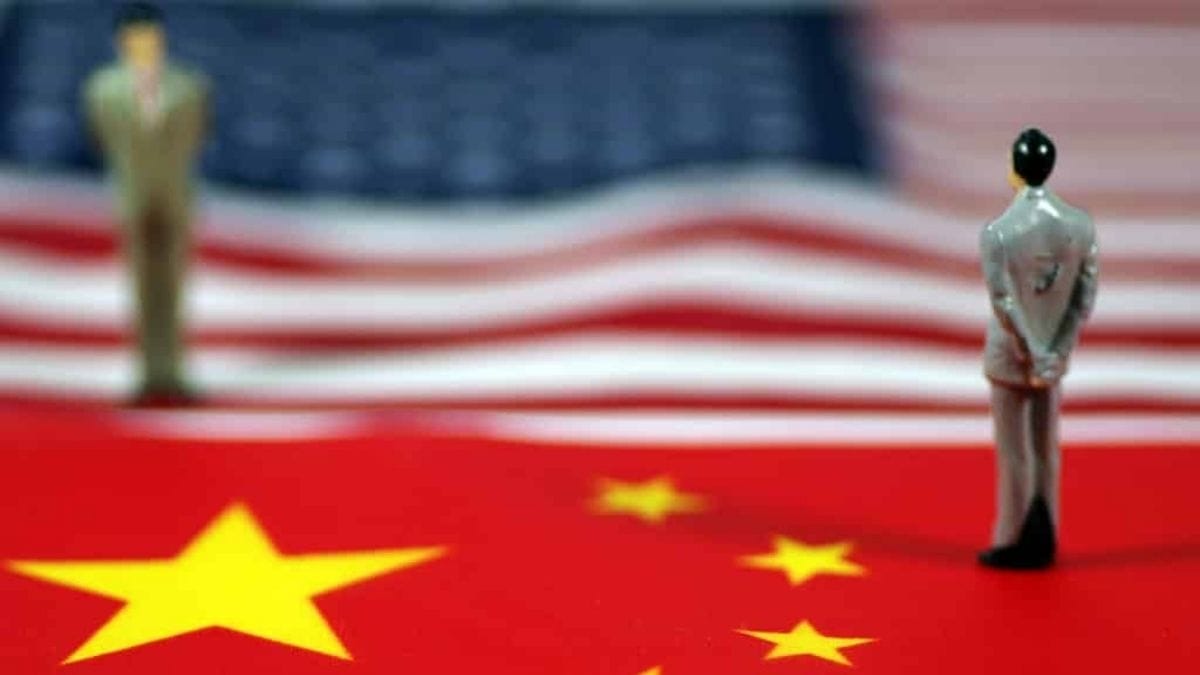 A New Cold war Era As the United States and its allies have engaged on various fronts in the war on terror since 2001, China fully cashed the opportunity and gradually became involved in the world’s political, economic, and financial affairs and started to challenge the United States after 2015. Trump did not take China seriously at all. For the first time in 2017, the US National Security Strategy saw China as a major threat to US national interests in the Asia-Pacific region. But the United States, because of the war on terror and Europe because of Brexit, did not pay much attention to China, except for the revival of the Quad, which secretly sought to deter China’s ongoing activities in the South China Sea region.

When Biden came, then he quickly changed US counter-terrorism policy to matters that were of strategic importance. The United States now has China and the Indo-Pacific region on the top of its priority list.

South Korea and Japan, two key US allies in the region, are deeply concerned about Chinese affairs in the region. In addition, the United States disapproves of China’s undue interference in the South China Sea and is also a critic of its aggressive policies towards Hong Kong and Taiwan.

A monopoly on Taiwan Strait means controlling the gate of the North China Sea, while two US allies, South Korea and Japan, are on the shores of the North China Sea. In addition, a large part of the world’s trade ( 3.5 trillion) is complete through this sea corridor. The South China Sea is as important as an aqueduct for the United States, while China tries to control it unjustly.

The issue of Taiwan

Taiwan was partially separate from China as a result of the 1949 civil war. They have a  separate system of government, but only a few countries in the world recognize it. Taiwan has all the characteristics of a modern state, but its legal status is unclear in the world’s eyes. China sees it as its province rather than an independent state. And over the past few years, China’s interference in Taiwan’s affairs has increased. China seeks to minimize Taiwan’s role in the international arena. Taiwan has deep trade and informal relations with all countries in the world, including the United States.

In the current context, the United States is working to pave the way for Taiwan’s full independence from China and has taken practical steps in this regard.

But now, China has enacted and enforced a national security law regarding Hong Kong nationals that would deprive Hong Kong of its separate identity and sovereignty. Due to this, bitterness has grown between China, the United States, and the United Kingdom.

Combating the Issues in the Indo-Pacific Region

To combat all of the above, the United States mobilized its navy in the South China Sea. It began connecting the affected countries of the region with itself through various partnerships. Two important partnerships, Quad and Aukus, are very important in this regard. Aukus angered even a country like France

The reality of Aukus

As soon as the US withdrawal from Afghanistan was complete, the United States signed a security agreement against China with Australia and the United Kingdom under the name of Aukus.

This Indo-Pacific Agreement covers the exchange of technology and information in various fields, including intelligence and quantum technology, and the acquisition of cruise missiles. But the most important clause in the agreement is to assist in developing Australia’s nuclear submarines, which the United States and Britain will do. There are fears that this security could start a new arms race in the region.

China has strongly reacted to efforts to make an alliance in the region and thus challenge its sovereignty in Indo-pacific, saying that it could undermine regional peace and stability.

Quad is a strategic alliance of four countries. The quad was formed in 2007 by the then Prime Minister of Japan. The same year, the navies of the four countries held a joint military exercise in the Indo-pacific, but Australia withdrew from the quad in 2008. The group was reactivated by Donald Trump in late 2017 when tensions with China escalate. The group is generally seen as a coalition engage in trying to reduce China’s influence in Indo-pacific. It was strengthene primarily to counter China’s growing political and economic influence throughout Asia. The Chinese Foreign Ministry says the quad is, in fact, an anti-China coalition and a reflection of the US Cold war Era mentality.