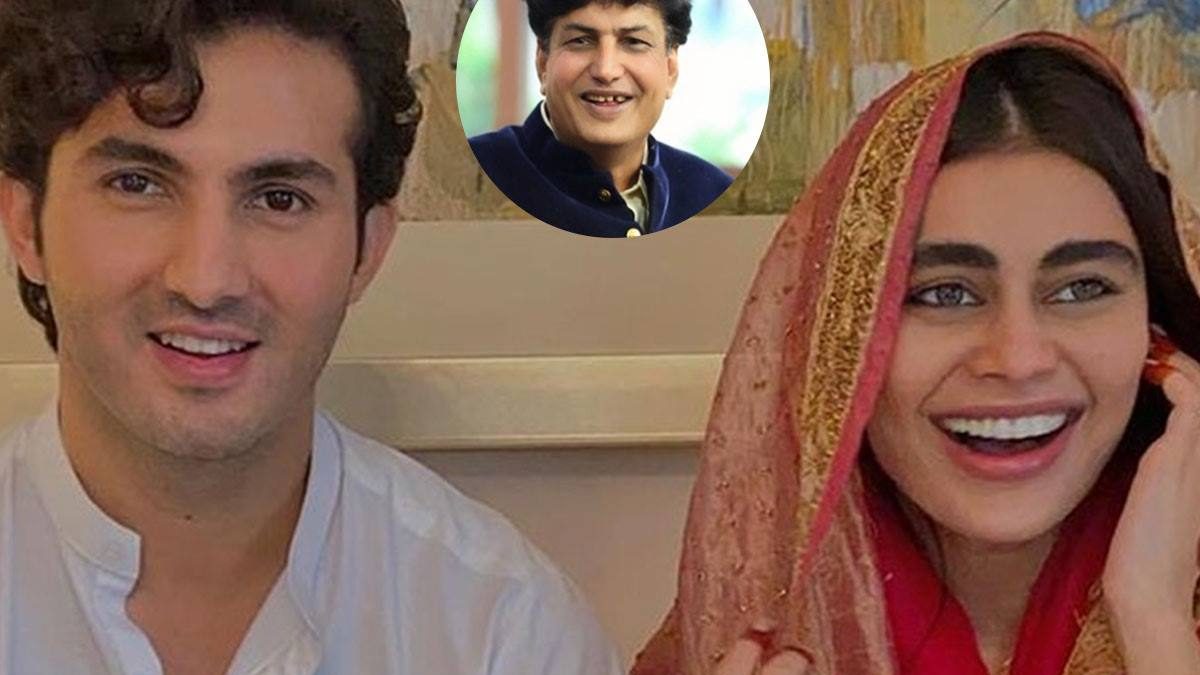 Pakistani actors Sadaf Kanwal and Shahroz Sabzwari tied the knot, months after rumours of their relationship had been rife on social media.

Photos of the couple’s nikkah ceremony had been circulating on social media, and the news was confirmed after the model changed her name on Instagram from Sadaf Kanwal to Sadaf Sabzwari and also posted pictures from the intimate ceremony.

Now, you’ll recall the initial drama round Syra and Shahroz calling it quits. Rumours circulated, and Shahroz addressed everything in a 5-minute clip posted at the end of last year, where he denied all divorce rumours and said that he and Syra had simply separated and not officially divorced.

Shahroz also mentioned Sadaf Kanwal in the clip and asked people to stop blaming her for this entire situation. He referred to her as simply a coworker that he had met merely a month ago and denied any involvement with her.

Eventually, a while after, Syra and Shahroz also officially announced their divorce.

However, there are many people who still don’t support the two being together as there are many tweets criticizing the couple and their relationship and support Syra Yousuf through all of this. The two are trending with hashtag #SadafKanwal and #ShehrozSabzwari.

However, a few people were supporting them

Are Females Underrepresented in The Superior Judiciary?