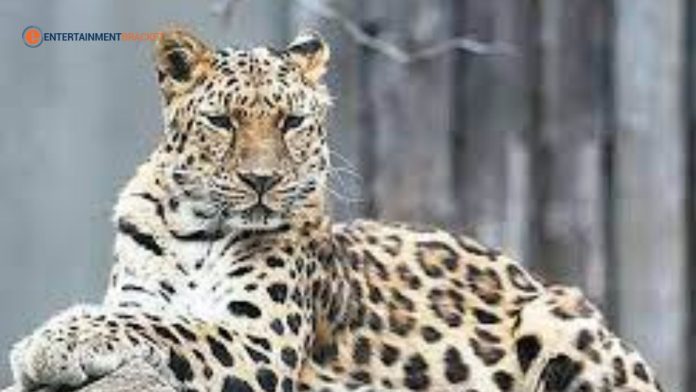 Worldwide many natural habitats continue to disappear rapidly. Many fascinating sights we travel for these species are decreasing. Animals that live with us on earth are going towards extinction. The twelve creatures below are some of the world\’s rarest animals. Some are such rare that we don\’t even have decent pictures of them. We should be doing our best to save rare animal species in the World.

Pika or Ilia pika (Ochotona iliensis), is a tiny mammal that lives in the Tianshan mountain range was discovered in 1983. Found in the too remote Xinjiang region of China, these animals are only 7–8 inches long and love to live on sloping bare rocks.  The number of Pika in the world has declined by a stark 70% since 1983, mainly due to climate change.

With only an estimated 60 Amur leopards left in the whole world, this species of wild cat is in extreme danger of going extinct. Amur leopards are fast, topping out at running speeds as fast as 37 miles per hour. Originally living in Russia, China, and Korea, you can now only find them in the Amur River basin in eastern Russia.

Darwin’s fox is found in Chile on Chiloè Island and in the Nahuelbuta National Park. They are named after Charles Darwin, who first discovered the fox species in 1834. Considered an “umbrella species,” which means that keeping them protected will also preserve the rest of the ecosystem, Darwin’s fox faces habitat loss, along with deaths from hunting.

Also Read: How To Keeping Cat Cool in Summer

White-rumped Vulture experienced a shocking 99% decline in population since the 1980s, which gives it the uncovered title of fastest declining bird species. These White-rumped Vultures are native to the Indian subcontinent and have been on the critically endangered species list since 2000.

This species, native to Laos and Vietnam, is so rare that scientists have only seen it in the wild a total of four times. It is referred to as an Asian unicorn. Saolas are cousins to cattle, though they look a little more like antelopes. Hunting and the human destruction of their natural habitat are the leading causes of Saola’s extinction risk.

Peruvian black spider monkeys are found high in the canopy of the Amazon Rainforest. These monkeys are essential for maintaining the rainforest’s ecosystem since they mostly eat fruit and disperse the seeds as they swing from tree to tree. These monkeys have seen a decline in their population of over 50% since the 1970s.

These animals are an incredible story of how conservation efforts can bring species back from the brink of extinction. In the late 1980s, 18 black-footed ferrets were part of a captive-breeding program designed to increase their population. Now, there are 300–400 black-footed ferrets in the wild, all of which are descendants of those 18.

Vaquita is the world’s rarest marine animal. It’s a cetacean like porpoises, dolphins, and whales. Vaquitas are only about five feet long when grown and are very near extinction. Only about 60 of them remain in the wild. Climate change and illegal fishing operations are partly to blame since vaquitas can get caught in nets and drown.

Though native to Florida and the Southeast, you’ll only find the 25 to 40 of these animals left in the wild living in Eastern North Carolina. Red wolves as a critically endangered species. Conservation efforts have been made to save the species, but they’re still on the brink of extinction. These animals are known for being shy and for mating for life.

Fiercely threatened by extinction, there are fewer than 100 spoon-billed sandpiper pairs left in the world. Its eye-catching bill is second only in style to its pretty plumage, which is just as attractive and distinctive in winter as it is in the summer. The WWT is doing all it can to preserve this charismatic species.

The Markhor is found in woodland in the Karakoram and the Western Himalayas. Flare-horned and Straight-horned Markhor occur in Pakistan. It is 65 to 115 centimeters tall at the shoulder. They considered endangered to critically endangered. They usually weigh from 40 to 110 kilograms. It was listed on the IUCN Red List as Threatened species in 2015.