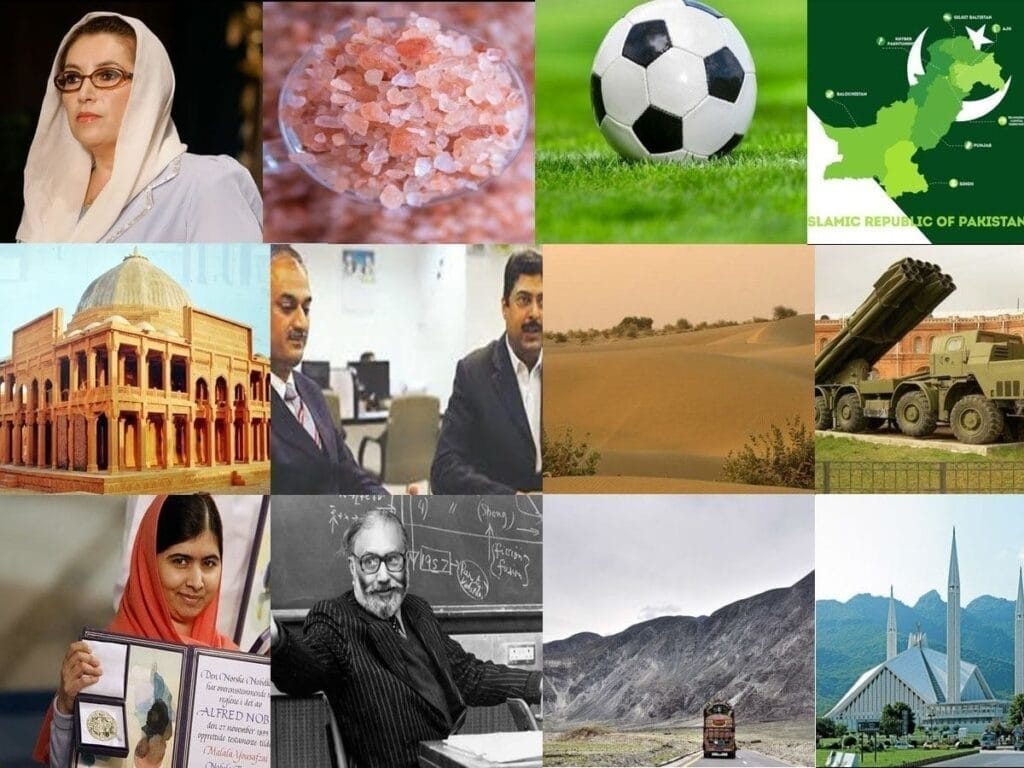 We, as Pakistanis, are so negative about our country. We never see the positive side of our country. Our land is so rich in everything that everyone falls in love with it. However, these are some of the interesting facts about Pakistan that will blow your mind and will make you realize that we are in bad condition because of ourselves. Our country has everything that we need to call the best country in the world—these some unique things in Pakistan.

PPP party member Benazir Bhutto wrote history in 1988 when she was elected the first female prime minister of Pakistan. However, She was also the first woman to rule a country where most of the population is Muslim. It is the most interesting facts About Pakistan.

Himalayan salt has taken the world by storm in recent years, and nowadays. You’ll find the healthy salt in supermarkets worldwide. So, few probably know that most of the Himalayan salt is of Pakistani origins.

Also Read: This is what Makes Pakistan the Most Beautiful Country In The Whole World

Pakistan is the largest producer of football. Pakistan is around 40-60 million footballs produce roughly 50- 70% of the world\’s total production in a year. So, the football manufacturing industry now consists of more than 200 factories. However, Handmade football is unique things in Pakistan.

The computer virus has given the name Brain. Two Pakistani brothers created the world’s first PC virus. So, Basit Farooq Alvi and Amjad Farooq Alvi produced “Brain,” which was discover in 1986 and targeted IBM PC platforms. It is a unique things in Pakistan.

Malala Yosafzai won the Nobel peace prize in 2014 jointly with Indian Kailash Satyarthi for their fight against children\’s suppression of education. Malala was only 17 when she won award the Prize. Additionally, Abdus Salam received the Nobel Prize in Physics in 1979 with Sheldon Lee Glashow and Steven Weinberg. Nobel prize won is interesting facts about Pakistan.

Interesting facts about Pakistan. The Karakoram Highway joins China and Pakistan after passing through the Karakoram mountain range at 4714 meters, making it the highest paved international road in the world.

The first sites in Pakistan to gain the status of a UNESCO World Heritage Site were Archaeological Ruins at Moenjodaro, and Neighbouring city remains at Sahr-i- Bahlol Buddhist Ruins of Takht-i-Bahi and Taxila. There are six World Heritage Sites in the country and many more on the tentative list. Pakistan is rich in history and culture, and the following sites are all impressive and worth visiting.

8 – Only Muslim Nuclear Country In The World

The unique things in Pakistan.  Gwadar port is the largest deep seaport in the World. Pakistan has admitted on a collaboration with China to make Gwadar into a full-scale commercial port.

10 – Fertile Desert In the World

Interesting facts about Pakistan Faisal Mosque are established at the foothills of Margalla Hills in Islamabad. Faisal Mosque is the Biggest Mosque in our country. It used to be the biggest Mosque in the World from 1986 until 1993, when mosques overtook it in MENA (the Middle East and North Africa region) region.

14 – K2 is the Highest Mountain in Pakistan

There are 5 mountains over 8000 meters in Pakistan, and the tallest mountain is known as K2, which is the 2nd-highest mountain in the world after Mount Everest. A most interesting fact about Pakistan. The country is renowned for its beautiful and wild nature.

Edhi Foundation of Pakistan, Founded by Abdul Sattar Edhi, recorded in the Guinness Book of World Records, holds the world’s largest ambulance network.  The Edhi Foundation is a non-profit social welfare trust in Pakistan, founded in 1951.  Edhi was the head of the organization, Until his death in 2016, and his wife Bilquis manages the adoption services and motherhood of the Foundation. Most unique things in Pakistan.

16 – The Highest polo Ground in the world

Located at Shandur Top is the biggest polo ground at 3700 meters, where Balti Prince Ali Sher Khan started the traditional game of polo. Taken annually since 1936, the Shandur Polo Festival is a tournament b/w local visitors and the game along with shows of folk music and dance. The biggest polo ground in the world is interesting facts about Pakistan.

17 – 4th-Largest Irrigation System In The World

Pakistan is a culture that depends on agriculture. The country develops a large system of irrigation to grow 202,000 Square KM of land. The irrigation system runs in the Indus Basin. The most interesting fact about Pakistan is the irrigating system.

Unique things in Pakistan are salt mine. Khwera Mines produce 325,000 tons of salt per year and are legendary to found by Alexander’s Army by a lot when their horses commenced licking the salts while the troops rested. Thus, resulting in the invention of the new world’s second-largest salt mine.