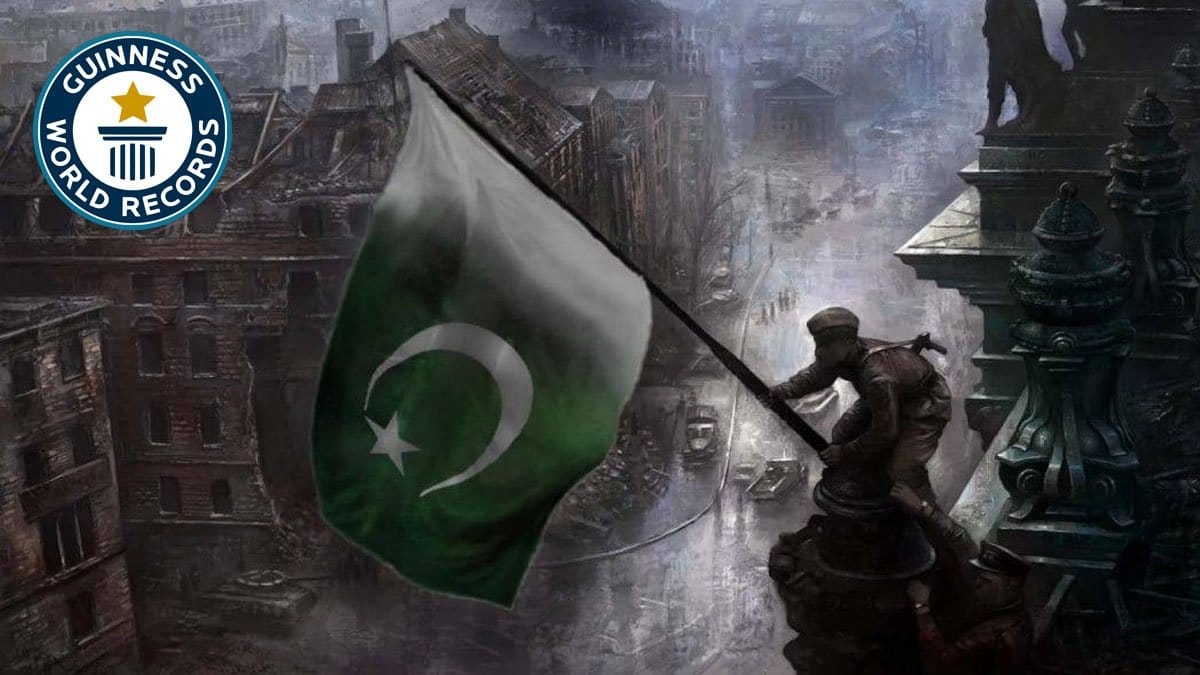 Pakistan is a country full of enthusiasm for doing something remarkable and incredible, and they proved it in different disciplines like health, sports, education, and technology. I’m going to tell you about 33 unbelievable, unbreakable and noteworthy Guinness World Records. First I want to give you a small introduction to Pakistan. Pakistan came into being in 1949. Many national and international problems surround it. Pakistan seriously needs an honest and powerful leader now. It is on the list of countries that have nuclear power. Pakistan is a peaceful country, but many of the countries are against him.

Abdul Sattar Edhi a famous hero and the number 1 humanist in the world. He is the founder of the largest volunteer ambulance organization. He gave all his life to helping the poor. In other words, he didn’t enjoy his life. Homeless children enjoyed his life. Now in 2018, there are 1800 private ambulance vans stationed in areas across Pakistan. The largest ambulance service is the world records of Pakistan.

Talented boy Jahangir Khan has reshaped the game with a unique addition to the longest winning streak in squash. He has won the most World Championship squash titles (8), won 555 matches for five consecutive years, and the youngest winner (male) title since 1981 (17 years 11 months). He makes history and makes his name in the Guinness Book of World Records.

Another talented boy, Ali Moin Nawazish, is proud of Pakistan in the education department. He is a very talented 18-year-old boy who, in addition to world records, has achieved a long list of exams in 12 months by netting 22A grades, one B, and one C. The boy successfully set new goals for a student in both extracurricular and pedagogical.

The youngest ever Test player is Hassan Raza of Pakistan, who made his debut in 1996 against Zimbabwe in Faisalabad, Pakistan, at 14 years and 227 days. It was a source of pride for Pakistan at the age of 14. The cricketer makes a great history. He sets a world record in the world.

Pakistan has many legend cricketers. One of them is the best fast bowler ever, Shoaib Akhtar. The highest electronically measured speed for a ball bowled by any bowler is 100.23 mph (161.3 km/h) by Shoaib Akhtar against England in a 2003 World cup match at Cape Town, a city of South Africa. Shoaib Akhtar makes world records and makes us proud.

Muhammad Ilyas passed the exam in July 1952, allowing him to become a civil judge in 20 years and nine months. However, due to formal traditions such as medical, he did not start working as a civil judge in Lahore, Pakistan, only eight months later.

9 – The Youngest Boy Has a Stone and a Bladder Removed

Muhammad Saifullah had two years, four days and days in 2010, when he underwent surgery at the Capital Hospital Islamabad through DR Muhammad Naeem Taj. He made a Guinness World Record.

Jeep Frances Super made the largest cookie mosaic in the form of the Pakistani flag. It was made to celebrate Pakistan’s 70th Independence Day with a 150,000 plus cookie weighing 226.51 m2 (2,438.15 ft 2). The star-studded event lasted 6.5 hours. The biscuits were then distributed to various charities. This makes Guinness a world record.

Most Pakistani parents waste some time gaming. As the youngest player to earn 10 1 million in sports competitions, Samil Hassan Syed misrepresented him. However, this Pakistani-American has won many World Dota 2 competitions for his team “Evil Genius,” which is widely known for its Guinness World Records.

Scientists and intellectuals have spend their entire lives trying to win the Nobel Prize for Humanity but still have not been able to win. Malala Yousafzai has become the youngest person to receive such recognition due to her fierce fight against terrorism. She holds the world record.

Mehr Gul, who has won the Guinness World Record. She is the best chess player at the age of 12 with a record for managing the set in the shortest time.

15 – The Fastest Time To Wire The Plug

A boy wins Guinness World Records in Pakistan. It plugged in 35.93 seconds.

A crazy world record by Pakistanis. 19 girls in a two-door smart car. 19 crazy girls managed to break the previous record of 18 people from Australia

17 – The Largest kurta in The World

The world’s largest kurta is 30 times longer than a standard, medium-sized kurta and stands at a fantastic height of 101 feet. The cuffs alone are 15 feet wide, while the length of each sleeve is about 57 feet. The total weight is 800 kg, with each of the four buttons weighing 10 kg. This material is used 800 yards long, while 450 meters are used in the thread. It took a team of 50 hardworking professionals 30 days to assemble the work. This is the Guinness World Record winner.

18 –  The Smallest published Of the Quran

19 – The Word is The Largest Biometric Citizen Database

Many countries, including South Africa and India, have developed comprehensive systems for handling and storing their citizens’ biometric information. Analysts and communications experts say they cannot remember a country trying to collect biometrics, according to the Washington-based American newspaper.

Pakistan made world records with the largest human flag on 15 February 2014. 29040 people participate in this record.

22- The Fastest To Make Chapattis

Pakistani men who make three chapattis in 14.98 seconds by Muhammad Mansha. The Guinness World Record was set at the National Hockey Stadium.

Zafar Girl sets new Guinness World Record for weightlifting. He had a 65kg string attached to his right ear.

Shah Faisal Mosque is the largest mosque in the world; It built-in 1976. Moreover, the mosque is situated in the capital city of Islamabad. 100,000 people easily pray at a time. Largest mosque made a world records.

Zidane Hamid is Guinness world records winner who is just 9 years old. he made chemistry’s periodic table in 5 minutes and 41 seconds.

The’world’s nint’ highest peak, Nanga Parbat, competes with K2 in technical difficulty. The world’s first ascent follows a narrow ridge to the summit. On the southern side is the most massive mountain face on earth, the 15,000 ft Rupal Face, a single wall of rock and ice.

Iran Mehsood set Guinness world records by doing most two-finger Push-ups in 1 minute. He has done 22 Push Ups while carrying an 18.14 KG bag on his back

Pakistani girl Fatima breaks the Guinness world records by most elbow strikes within 1 minute. She is beating 31 strikes

140 kilograms in Weighing,  Pakistani man built a lock  is a contender for the Guinness Book of World Records.

Asgher Bahawalpuri believes that if his large creation is supported, it will put Bahawalpur’s city on the map.

Six-year-old youngest Pakistani girl has to achieve the Guinness World Record. Karachi Liba Wahaj holds the world record for solving a level six Tower of Hanoi (math puzzle). The mathematical puzzle has three disks and rods of varying sizes. The young record holder managed to complete the puzzle in 1 minute and 13 seconds.

Is 2021 Growing year For Business and Economy of Pakistan

8 Reasons Why I Love Pakistan