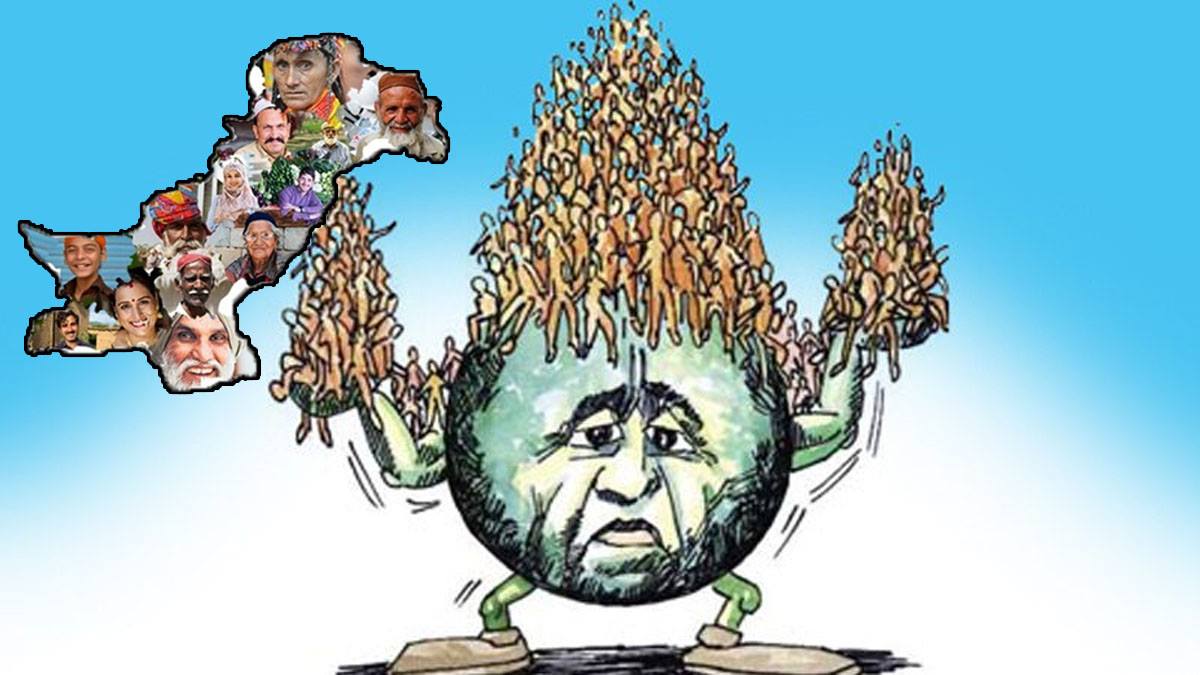 The Islamic Republic of Pakistan is a country in South Asia. Pakistan 5th largest population country in the world with 212.2 million. It is the second most populated country in the Muslim world after Indonesia. According to research, 36% of Pakistan’s population under 15 and only 4 % comprises above 65. Pakistan is the second country in South Asia with nearly two-thirds of its population under the age of 30. We have 60% young population, but the production figure is very low. Our young waste their time on baseless planning, video gaming, social media, and most of them are addicted.  There is no creative mindset in Pakistani youth; they are user, not a creator.

According to the world bank report, a high rate of Pakistani youth unemployment. People aged 15-24 are unemployed, which is equally 4 million in 2016. In 2020 it exceeds now 8 million people unemployed.

This youth growth is very important, but time-bound, the opportunity to Pakistan in the form of a ‘demographic dividend. According to the UNICEF report, the Pakistan youth population under aged 15-24, which is 36% of Pakistan labour force, is predicting to rise to 50 % by 2050.

In Pakistan,  educated youngsters go without a Proper Job. The Pakistan government does not provide opportunities to its youth. Even many youngsters start to waste their time on video games and social media. We have a high force of youth but few numbers of educated and skills youth.

World Bank predicts at least 1.7 million people into the job market up to 2040, considering a population growth rate of 2.07 % annually. This figure is expected to go up as the census reveals a higher growth rate of 2.4 %.

Pakistani youth have the right to go to school colleges or universities, and the government is responsible for providing education and employment opportunities. Pakistan has outdated infrastructure that could not meet to the need of Pakistani youth.

Also Read: Do These Four Things In Unemployment

The most challenging issue in Pakistan is generating a quality job. 25% of youth working in low paid employment without benefits, 35% of unpaid family work. The shortage of skilled labourers, despite a growing workforce, is pushing the largest population into unemployment or informal job.  Poor-quality or informal jobs production is closely connected with low labour productivity. Since 2007 growth in labour productivity fell from 4.2 % during the 1980s to an average of 1 %. Low productivity is a sign of poor quality and inadequate workforce’s slow growth in investment as a share of GDP, and a slow shift towards high-value-added sectors (like manufacturing) from low-value-added (such as in agriculture).

Young entrepreneurs are required for the creation of quality jobs for Pakistani youth. It cannot achieved when only 12 % of youth beyond grade 12. Pakistan is spendings lowest share of GDP around 2% on education in South Asia. It is among the world’s top ten countries with the highest number of out of school children – expected at 22.6 million — while around two-fifths of its working population is still uneducated. To achieve the target of  100 % primary enrolment by 2030, Pakistan will have to increase its enrollment rate four times by strong educational policies.

Skill training to balance educational deficits and ensure productive labour force remains low, especially in poor districts and youngsters without formal schooling—only 1.3 % of those entering the job market and get a proper job each year. According to research, most of the youth only focus on earn money, not education. They start to make money through youtube and social media and other online earning platforms. It effects on country literacy rate. Skills are necessary, but education is also part of the skills.

Why Youth are Less Productive

The main problem behind less productive and jobless youth is because they waste their time on technology and useless activities.

Technology and social media have badly taken over our young people’s minds as they mostly spend their time in immoral activities, and their interest is just limit to video games, movies, songs, and socializing. Parents are also spending less quality time with their children; that’s why they are not following the norms and traditions of our society. It is a fact that a country cannot produce famous engineers, scientists, and political leaders if their youth is always busy in such vain activities. Pakistan will grow if the youngsters understand their responsibilities, work accordingly, and act for our country’s progress.

Step to Be Taken

The Government doesn’t have sufficient funds to provide an internship to each young person; these private sectors it can help open up youth opportunities. The Pakistan Government can also decrease the hiring age and form coaching and give more opportunities for young people rather than the elder.

Youth also encourage entrepreneurial talents. Those entrepreneurs supported to establish their own business and promote more youngest who increase the GDP.

If we want, the young population is not engaging and more productive. If we’re going to overcome the crime rates and deviance, we must promote young people in civic responsibilities and economic activities.

Half of the Pakistani youth labour force (62.2 %) has less than one year or just primary education. Moreover, those who are highly educate face higher unemployment problems because of fewer opportunities. It shows the need to address the issues of significance and practical application of education in Pakistan. To identify market requirements and needs. Parent play their role for productive youth.  Having educated parents improves the chances to get a higher education youth.  It is not only the Government’s responsibility to generate jobs.

The Best Manual Coffee Grinder in 2020

How to Renew Passport Online in Pakistan 2022

How To Reduces Poverty In Pakistan’s Limited Resources

How To Become A Tax Filer In Pakistan 2022