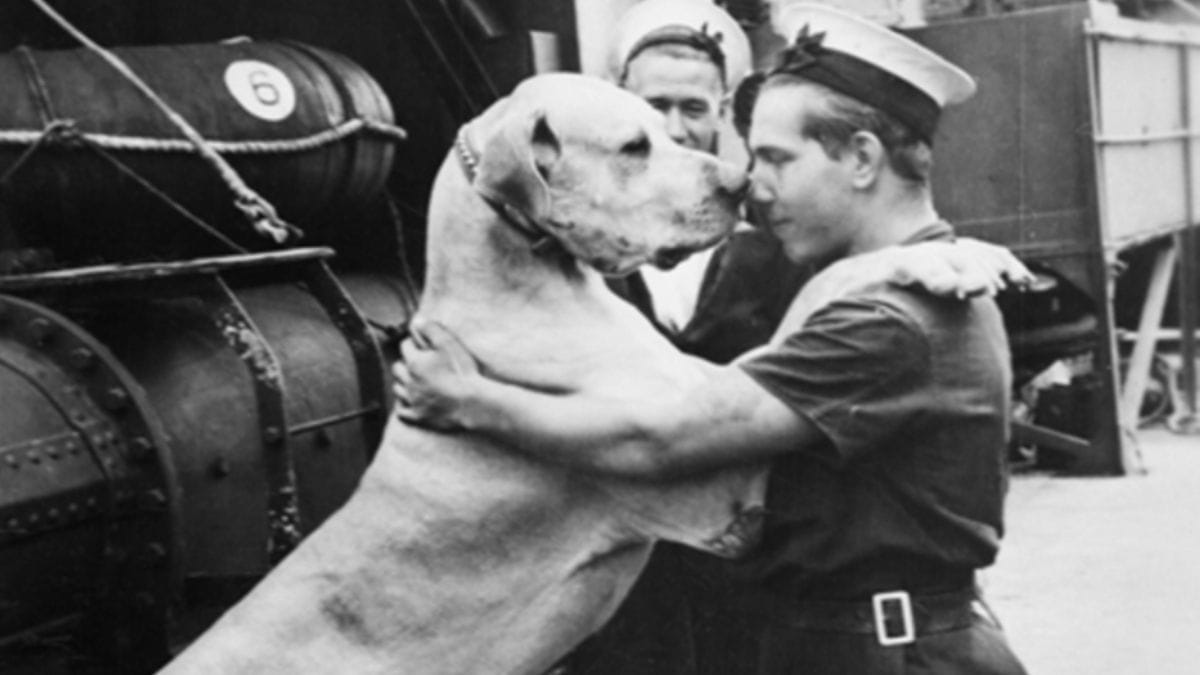 There are so many animals that you cannot list them all here, but Here I tried to add as many as I can. No animal decides to go to war, but its selfless acts of heroism show us how true heroes can be. List of top 10 animal war heroes

When Poles discovered this bear in the Hills of Iran, they marched towards Palestine in 1943. Voytek instantly was very attached to the Polish soldiers and adopted many human traits; when he was left alone, he cried and, when chastened, covered his eyes with his paws.

During his childhood, he was trained by the unit to carry mortar shells and other weapons. In 1944, when the Poles were deployed in Italy to supply Allied troops with food and ammunition, the only way for them to bring their bear was by registering him officially, giving him a name, rank, and number. While on the battlefield he would easily pass them along, avoiding intense fire, cradling 25 lb shells or ammunition boxes in his arms. Bear is one of the animal war heroes.

This is another incredible story of human-animal bonding. The story begins at Rai Breli, a city today in Uttar Pradesh, India, and ends at the Balakota Mountains, a city in Pakistan’s far north. It is the story of Syed Ahmed, a profoundly religious man who was born in 1786. His life mission was to create an Islamic State on the early caliphate pattern, first in the subcontinent and then possibly in the rest of the world.

But rebels receive a continuous supply of food and munitions to their utmost surprise. The army of Hari Singh tried for months before they discovered that their secret courier was a donkey (Khota in Urdu). Donkey used to provide food and ammunition for the rebels for months. The army of Hari Singh killed a donkey immediately, but he was the hero for the rebels. There they buried the donkey and named the site Khota Kabar.

Horrie the Wog Dog was a white Egyptian terrier found by a Machine Gun Battalion-bonded James ‘Jim’ Bell Moody. Jim brought him back to his peloton, but soon Horrie was taken over by the whole battalion. He marched on the road and accompanied the commander at the parade. He was promoted to honorary corporal and assigned ‘EX1’ (No 1 Egyptian soldier). When the battalion moved to Greece, Horrie traveled in Moody’s kitbag. His acute hearing allowed him to warn the battalion early of approaching German aircraft.

Evacuated on ‘Costa Rica’ to Creten, Horrie survived the sinking of the ship and fled between two lifeboats narrowly. He acted as a messenger dog on Crete. External patrols attached a handkerchief with a message around his neck to the olive groves of Moody below. Horrie was wounded by shrapnel during the evacuation of Crete.

Sergeant Stubby was only one of over 20,000 dogs serving England and its WW1 allies. For King and Country Messenger dogs, pity dogs, guard dogs, and mascots did their bit. Stubby even warned of imminent gas attacks. The dogs were the first domesticated animal used throughout history in battle. The Roman Army had entire companies of dogs wearing neck and ankles. The dog is one of the animal war heroes.

Pigeons have been used for more than 5,000 years as message carriers. Their vital communications saved thousands of lives in WWI and WW2. For her heroic message, Cher Ami was given the Croix de Guerre, which saved the lives of many soldiers, even though she was shot and wounded.

Humans began domesticating horses around 4000 BC in central Asia and have been used for most recorded warfare. They are prey, and therefore their first response to the threat is to flee and frighten. Despite this, they have raced into countless battles against their instincts, carrying their riders. Horses are also animal war heroes. More than eight million died in the 1st World War.

In 1915 the Camel Brigade formation took place, but since the Roman Empire, camels have been used in battle. One prize was that the smell of the camels spoke to the horses of the enemies.

Hannibal was one of the first to use them in battle and since then they have been used. Lizzie saw the elephant helping in the factory of Tommy Ward and being a star goalkeeper in a match against a neighboring team in the first world war. Some elephants were sent to the fighting fields, but the heavy lifting slack took up again in towns and rural areas when the horses were shipped to the front.

Morale boosters and catchers for rats. Thanks to the moggies at the front, trench life was a little more bearable.

The tortoises, like Ali Pasha and Blake, brought back from Gallipoli will be remembered next year. But before WW1 tortoises were used as mascots. Timothy, who was a female, was a mascot in the Crimean War and a giant tortoise Jonathan was portrayed with prisoners during the Boer War.

Military trained dolphins can find mines underwater and rescue lost naval swimmers. They train like military dogs, and the detection of a dog or dolphin is simply a game rather than a matter of life and death.

Here Are The Top 10 Tallest Buildings Of Pakistan