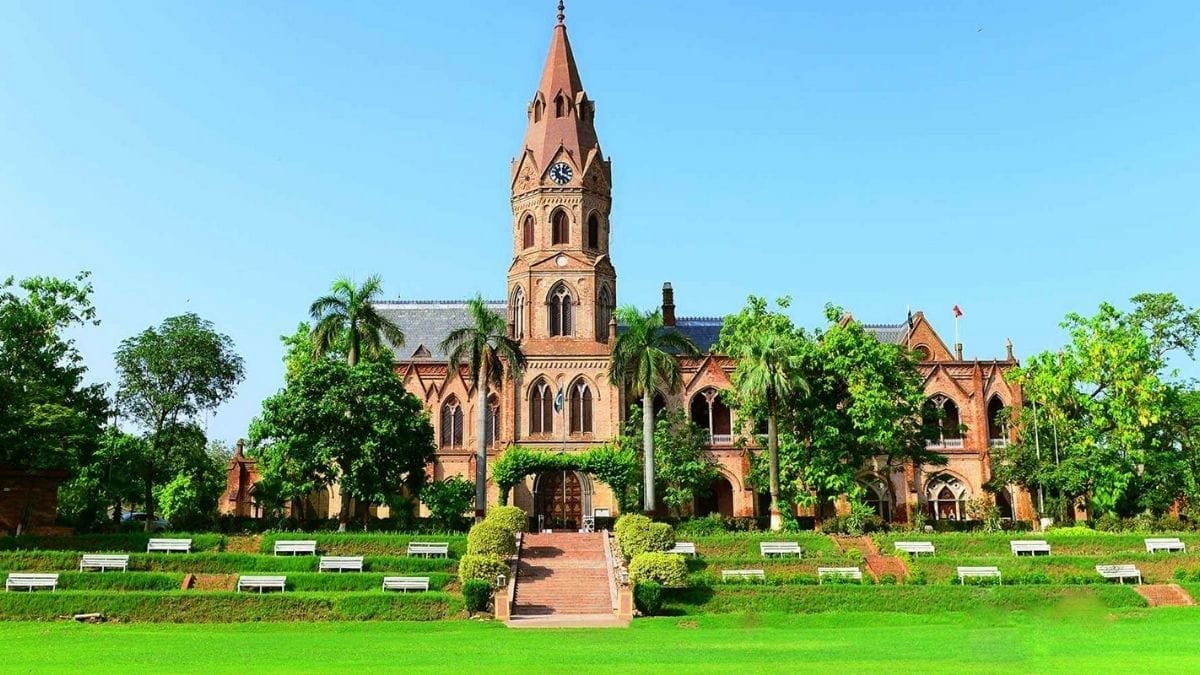 Lahore is well-known for its educational institutions, particularly those that are government-run. Some were found during the British era and have maintaine their renown via continuously good curricula and outstanding co-curricular activities, producing some of the country’s best alumni. If you’re seeking good higher education institutions in Lahore, have a look at our list of the best government colleges in the Lahore.

These are some of the top government colleges in Lahore, a city that is known for its vibrant culture and rich heritage.

The city of Lahore is famed for its red-brick architecture. Although it is a legacy of colonialism, many people equate it with a strong, high-quality building. As a result, it’s only logical that red-brick educational institutions seen as impeding excellent quality. One such institution is Government College (GC).

Professors from the Universities of Oxford, Cambridge, Dublin, and Durham worked at GC, founded by the British government in 1864. However, it was not until 1876 that the university was relocate to its current location, which presently houses over 12,000 students. While it began as a college, it was expand to become a university in 2002, with undergraduate, graduate, and postgraduate degree programmes. Over the years, GC has produced some of Pakistan’s most notable leaders, including Nobel Laureate Dr Abdus Salam, who has received international recognition for their achievements.

Government In 1933, Muhammadan Anglo-Oriental (M.A.O.) College was found. By rallying young, this college played a key role in the formation of Pakistan. The college has evolved to offer education at all levels, including Undergraduate, Graduate, and Postgraduate. Aside from that, the college has a progressive atmosphere and offers students a variety of co-curricular activities. The college also includes several societies with a high level of participation from the student body. MAO is one of the best government colleges in the Lahore

The Zenana Bible and Medical Mission founded Kinnaird College for Women in 1913. The Presbyterian Mission Church and the Church Mission Society became part of the consortium in 1919, and the campus was relocate to its current location on Jail Road. Lady Mary Jane Kinnaird, a prominent philanthropist of her day, was honoure with the name of this college. It was create to give Punjabi Christian women a chance to learn and improve their socioeconomic status.

However, the college was not officially recognise as a degree-granting school until 2002. Since then, it has expanded to include undergraduate, graduate, and doctoral degree programmes. Its graduate programmes are known for producing high-quality research. Since June 2011, Radio Kinnaird has been broadcasting successfully to the student body, informing them of crucial choices.

After division, the College of Home Economics was establish in 1955. It was establish solely to give Home Economics instruction to females. However, in 2017, the institution became a university, and it has subsequently added several new programmes. It also launched its first-ever Doctorate Program this year. It is consider as best government colleges in the Lahore.

Government Islamia College Civil Lines and Schools is a group of educational institutions in Lahore’s Cantt district that cater to boys and females. These schools and colleges, formerly known as Dayanand Anglo Vedic College, were found in 1886. The name was change to Islamia College after Partition, and the college continued to provide high-quality education. Sartaj Aziz, the former finance minister of Pakistan, and Choudhary Rahmat Ali, who originated the term Pakistan, are among the most noteworthy graduates of this institution.

Victoria May Girls High School was the name of the first Queen Mary College, which opened on December 10th, 1908. In 1911, it was give Queen Mary in honour of King George V’s Queen Consort. It is one of the best government colleges in the Lahore. Today, it offers preschool, primary, secondary, undergraduate, and postgraduate education and preparation for the GCE/O Level test.

How to Apply for Fully Funded Scholarships in Saudi Arabia