Home > Current Affair > China: After Woman Refused To Move, Authorities Built A Highway Around Her House 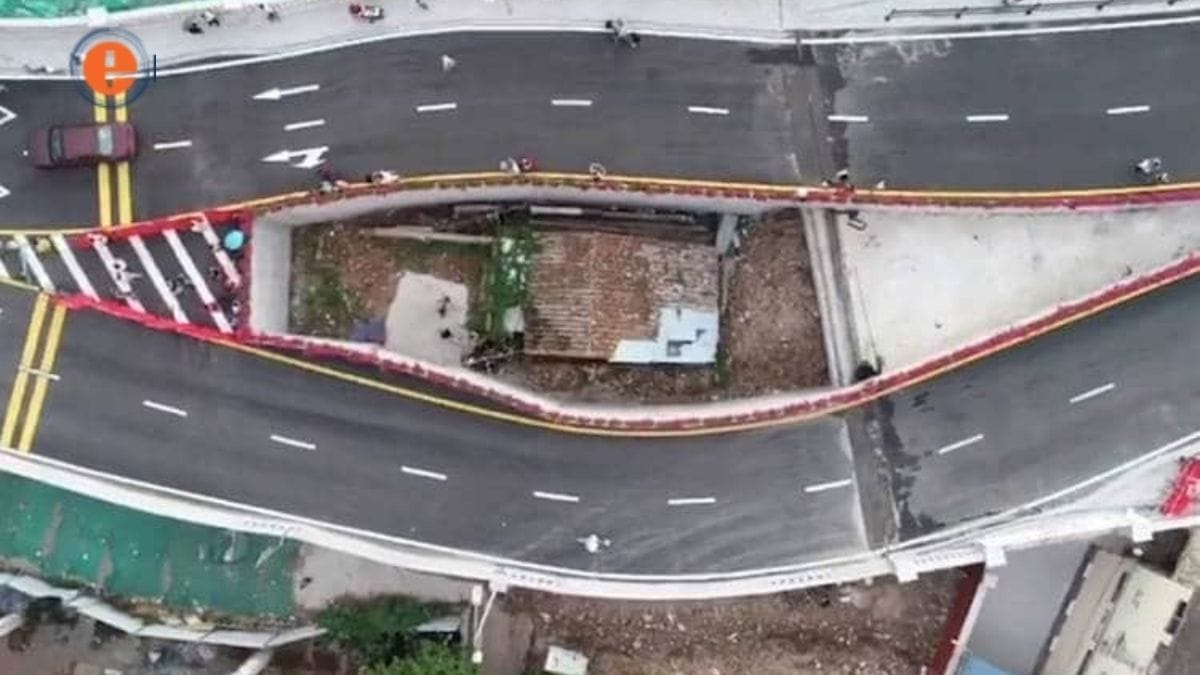 China After Woman Refused To Move, Authorities Built A Highway Around Her House
Current Affair

A Chinese town built A highway around a small house after its owner refused to sell the house for a decade. a 40-square-metre house by a two-lane highway.

This is the story of the Nail House in Guangzhou in China, where a woman name Liang reportedly refuse to move from her home to a new location. Despite being offered the real estate development before building a road.

It was learn that they tried to change the owner’s mind for ten years. But according to the reports, they did not succeed. Later, there was almost no light, noise, and air pollution built around the house.

Liang said she didn’t want to move because the government didn’t offer her a replacement home in a great place, reports Dailymail UK. It turned out that Ms Liang was offere two homes as a substitute. But she refuse and demanded the government to allocate her four homes.

She said she had no problem with the aftermath, and she didn’t care what others thought about her. Liang added, “It’s poor, you think, but I feel it’s quiet, liberating, pleasant and comfortable.”

The house owner continued to fight against the Chinese government for ten years after the authorities tried to purchase and demolish their house to built A highway that was later completed in 2020. While the house now is known as the Nail House.

According to reports, Liang was the only person in 47 families and seven companies to refuse compensation and relocation.

The Chinese authorities said several houses and monetary compensation had been offered. But they all refused. They also saythat safety issues were investigate before the bridge’s construction and that the house was cleare for residents to live safely.

Stay tuned to EntertainmentBracket for the latest news and updates!

Motivate Hope Strength Help Us To Move Forward in Life

6 Online Gift Shops in Pakistan That Are Making Customized Product

What does it mean for Pakistan to be removed from the FATF ‘grey’ list?