Home > Entertainment > Old Is Gold: Classic Movies From The 90s that you must watch 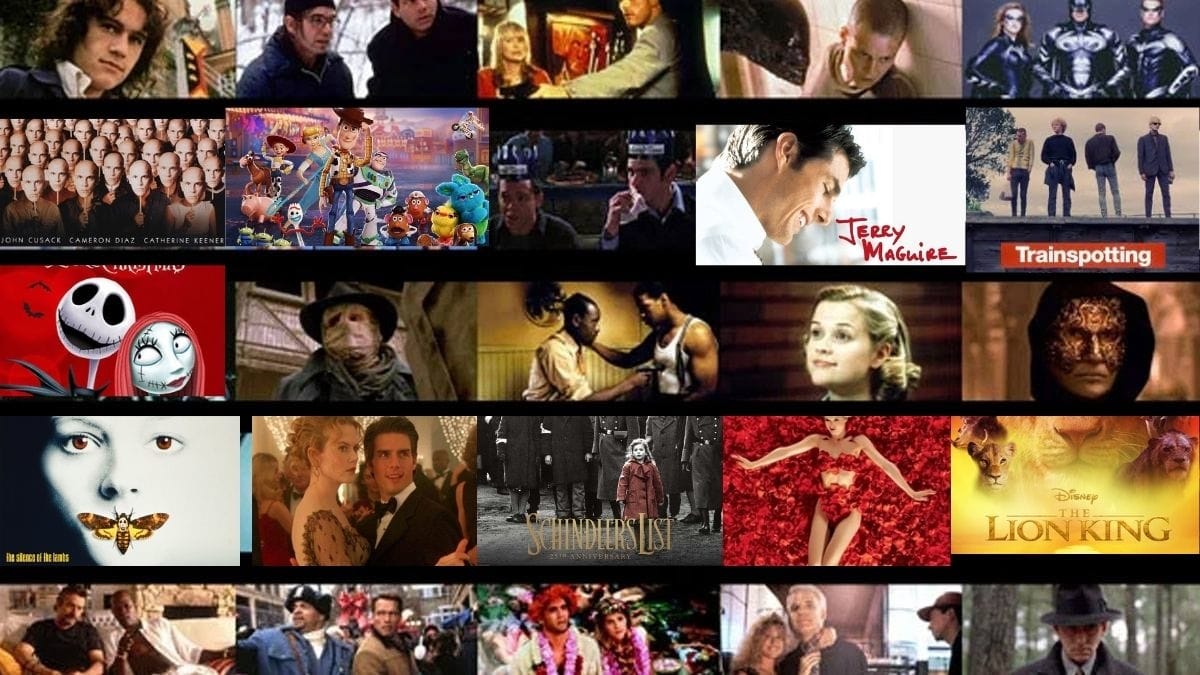 Hollywood films from each decade give memorable storylines like the recent movie Joker. But we talk about Classic Movies of 90’s nothing better than that. As always, these are only Hollywood films — and popular ones at that — and my taste can be quite picky sometimes. I proudly say or claim that I am a 90’s kid. I am talking about that time when kids go school on bicycled and played in parks, cellphones were extremely rare, and classic movies won you.

Movies back in the day were simple, meaningful, the talent was unmatchable, and no matter how talented an actor or actress is they won’t complete.

SO, if you are a 90’s kid you know these amazing movies.

Arnold Schwarzenegger’s outing as the killer robot was even more charismatic than the first, with Cameron shifting genre from thriller to straight-up action. Featuring some of the greatest set-pieces of the decade — the truck chase comes to mind — Cameron created a worthy successor to his 1984 hit with this piece of action perfection.

How could it now be a classic! The series is a well-known and celebrated franchise in the world. The storyline is about a killer cyborg who is spent to eliminate a waitress, Sarah Connor, whose son becomes one day’s savior against machines in the oast apocalyptic future.

Rightfully considered one of the greatest biographies of all time. Spike Lee’s Malcolm X follows the controversial leader of Black America (played by Denzel Washington in a show-stealing performance) through key moments of his life. Most notably his conversion to the Nation of Islam. Props must be given to Lee for showing with remarkable nuance how this immensely flawed man worked to grow into the troubled legend he is considered today. It is one of the best classic movies.

3 – The Nightmare Before Christmas

We all want to be Jack Skellington. Tim Burton’s Christmas classic boasts some wonderful stop-motion animation and a bedazzling plot that resonates with children and adults alike. The incredible, haunting landscape and the surreal character design was a landmark for VFX.

A love of the West is visible in every frame of Unforgiven. But Eastwood’s Oscar-winning flick doesn’t shy away from the lawlessness and violence for even a second. The anti-western pulls away the rose-colored glasses to reveal the true depths of what humans can do to each other when given the chance. One of the amazing classic movies.

American-ness is baked into Forrest Gump literally. Following Tom Hanks’ mentally challenged Forrest and Robin Wright’s abuse victim Jenny. The film uses the two characters to paint a portrait of the American consciousness and counterculture in the ‘60s-’70s-’80s. Tom Hanks’ best performance to date won him a well-deserved Academy Award.

This disturbing depiction of depression and unfulfillment in a dysfunctional suburban life follows Kevin Spacey’s Lester Burnham. A neurotic advertising executive who goes off the rails after becoming infatuated with his daughter’s fourteen-year-old friend. A satire of the middle-class consciousness, Mendes’ American Beauty is bleak but utterly funny until it isn’t.

Man, can Ewan McGregor act. Unpolished and raw (just like heroin), Trainspotting is fun and maddening and the same time. The tragic tale of Edinburgh’s drug junkies can be infuriating to watch without subtitles, but what a ride it is.

It one of the amazing classic movies from the ’90s. While Spielberg’s WWII film is moving to the core and features some excellent performances. I find it slightly bloated and overlong. ‘Blasphemy!’ you say.

Kaufman and Jonze’s Being John Malkovich is a film unlike any other. Hailed by Ebert as the best film of 1999 (screwing over classics like Fight Club and The Matrix). Kaufman’s debut feature is breathtakingly original, featuring a stellar performance by all its various characters. There’s Hollywood, and then there’s Kaufman.

This quirky recreation of Hamlet is my pick for the best-animated feature of the ‘90s. Featuring some extraordinarily designed landscapes, gorgeous character designs, and fluid animation. So, commonly associated with Miyazaki, The Lion King will make you cry and consider as the best classic movies.

Speaking of movies that will make you cry, this sports-romance-drama-comedy outing by Cruise and Crowe is notable for Cruises. I’m not sure how many people can barge into their wives’ parties and give big romantic speeches. But with Crowe’s slow deconstruction of Cruise’s character-building up behind, Jerry Maguire’s ending works better than fine.

Also Read: 7 Pakistani Movies You Need To Watch At Least Once In Your Lifetime

What a decade for Tom Cruise, huh? Stanley Kubrick’s final feature sees him delve into the freakish world of underground erotica, featuring the deeply disturbing discussion of wealth and power in our ‘modern’ world — where people can be bought and sold like commodities, what place does a middle-class doctor play? Eyes Wide Shut is just as haunting as it is brilliant.

What better way to begin the top 10 than with one of the greatest horror and classic movies of all time? The Silence of the Lambs stars one of cinema’s great antagonists, Hannibal Lecter, played to perfection by Anthony Hopkins (who won the Oscar for a lead actor with a sub-15 minute on-screen time). Jodie Foster also delivers a remarkable turn as Clarice, but the heart of the film belongs to Hopkins.

Hands-down, Toy Story has been one of the best franchises to emerge in the 90s. It’s about a bunch of toys that would do anything for their human (Andy). Not just that, the story is about friendship, loyalty, hardships, and teamwork.

How Mental Health Effects on Children Of Pakistan

Mental Health is one of the most important issues that almost everyone comes up in his life. But not everyone takes it seriously. Most people do not know what mental health is or how sensitive and serious this issue is. So, before discussing further, I…