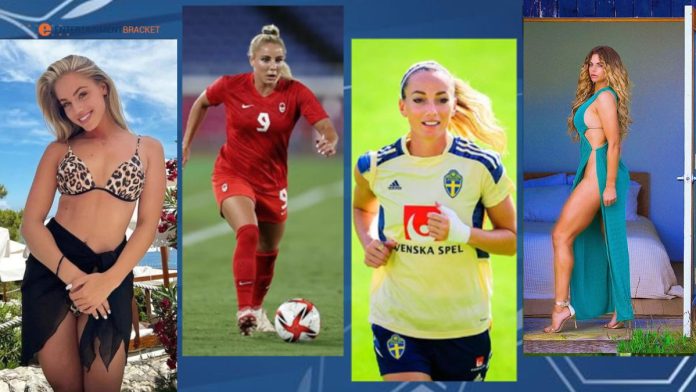 Football is not just a sport for men; numerous women have achieved success. The popularity of women’s soccer is also increasing and growing in this day and age. Hottest Women Football Players

For various reasons, including the players’ athleticism, talent, and strategy, as well as the excitement of competition, many of us are fans of women’s football. Regardless, there are several attractive faces in women’s football. 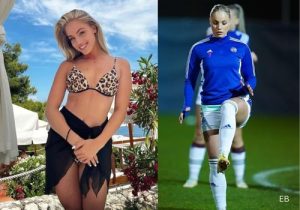 Ana was born in Split and lived in Zürich, Switzerland, with her family until she was twelve. At 14, Ana Maria Markovic started playing football in Switzerland. 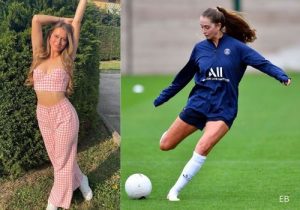 Jordyn Pamela Huitema, a forward for OL Reign of the National Women’s Soccer League and Team Canada, is a professional soccer player from Canada.

For the 2018 Women’s International Champions Cup, Jordyn Huitema represented PSG Women (WICC). On January 24, 2019, Huitema announced her choice to forgo college and enter the workforce. Huitema’s four-year contract with PSG was announced on May 17, 2019, by the club.

She made her debut for Canada’s national team at 16, quickly rose to the top Canadian scorer in the UEFA Women’s Champions League, and has been mentioned as Christine Sinclair’s possible successor. 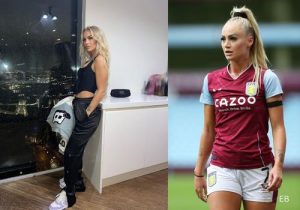 Alisha Lehmann is a Swiss professional football player who competes for the Swiss national team and the English FA WSL club Aston Villa.

In October 2017, Lehmann made her debut for the Swiss national team. She scored her maiden goal for her country against Finland on March 2, 2018, in the Cyprus Women’s Cup. 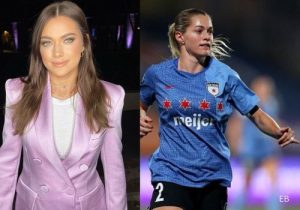 American soccer player Keala Watt most recently competed in 2020 and 2021 for the Chicago Red Stars of the National Women’s Soccer League (NWSL). She currently has a free contract. 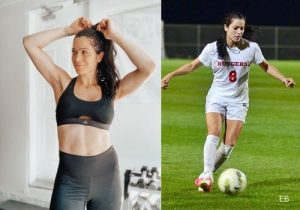 One of the hottest women’s soccer players currently playing for Sky Blue FC in the NWSL is Canadian Jonelle Filigno. This soccer player captivates us with her gorgeous beauty and amazing skills on the field with her alluring green eyes, jet-black hair, and sizzling smile. 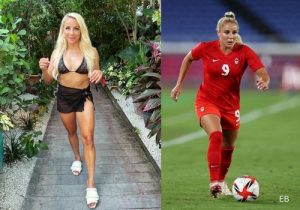 Adriana Leon competes for the Canadian national team and the English Women’s Super League team Manchester United. She was selected for the 2019 FIFA Women’s World Cup roster, and she and Canada captured her first Olympic Gold Medal at the 2020 Summer Games. 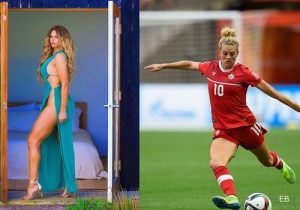 Lauren Sesselmann ranked No. 8 among the sexiest women’s soccer players, stands out for her striking beauty and superior on-field abilities. She was born in America and currently competes for Houston Dash in the National Women’s Soccer League as a professional football player for Canada.

Through her father, she attained citizenship in Canada in 2010. In 2011, she received a call-up to the national team. 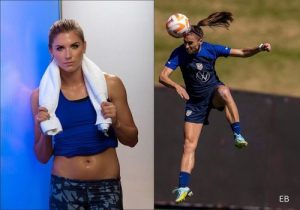 Alex Morgan is undoubtedly one of the most attractive female soccer players of all time. Olympic gold champion and the youthful, skill, and attractive face of American football was chosen 2012 U.S. Soccer Female Athlete of the Year. In 2012, she was a finalist for the FIFA World Player of the Year award.

Numerous companies, including Nike, Panasonic, Coca-Cola, ChapStick, and Bridgestone, have used her as an ambassador. 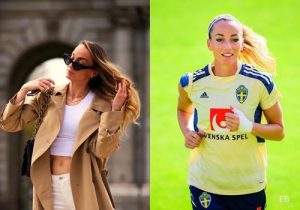 Because of her speed, ability, and beautiful performance on the field, she is know among her followers as “The Queen.” 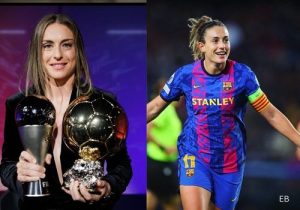 One of the top female football players in the world is Alexia Putellas. The captain of the Barcelona team’s Primera Division is a midfielder representing Spain internationally.

The success of Barcelona in the 2020–21 UEFA Women’s Champions League was largely due to Alexia. She received the Ballon d’Or and was name the UEFA Women’s Player of the Year in 2021. It is consider as Hottest Women Football Players .

She won 24 games out of 24 for the Catalan club this season as they won the League Trophy.