Home > Pakistan > Importance of Agriculture in Pakistan Economy and Development 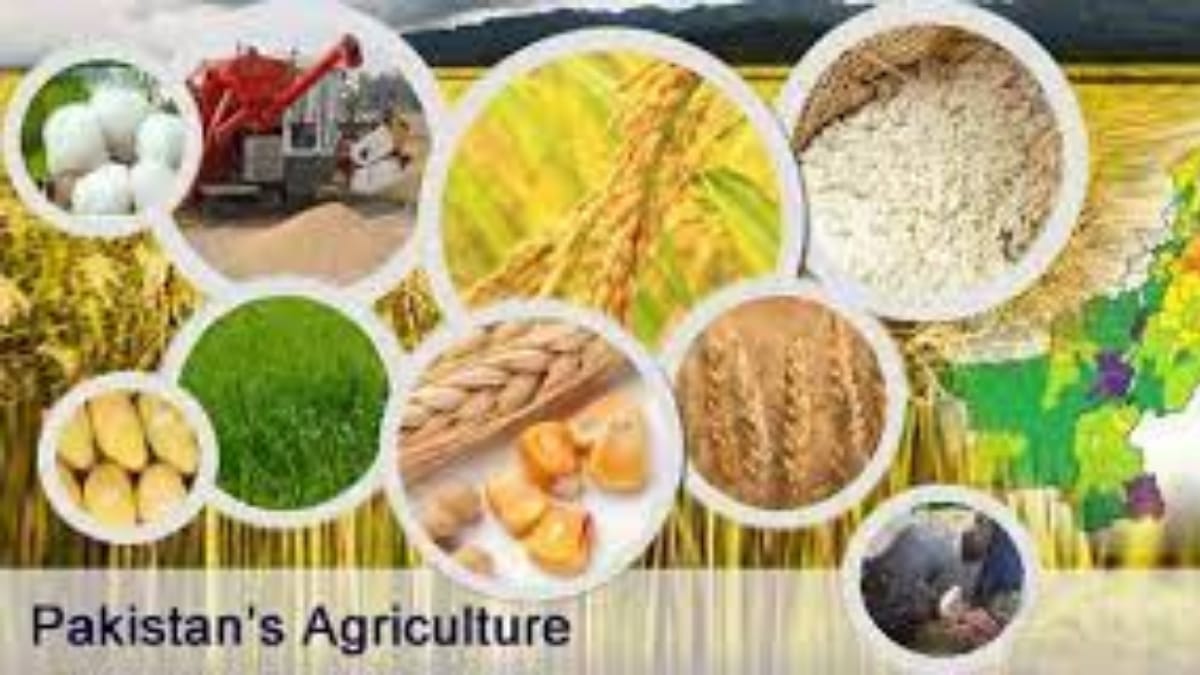 Importance of Agriculture in Pakistan Economy and Development
Pakistan

In developing countries, agriculture is view as the economic system’s backbone because of its importance to the economy. Agriculture has traditionally linked to the production of necessary food crops. Modern farming includes dairy, fruit, forestry, poultry, and beekeeping, among other things. Agriculture in Pakistan is present and the issues that the Pakistani Department of Agriculture and Pakistan Agriculture Research Council are now facing.

Total Agriculture accounts for 18.5 % of the country’s total GDP. 22.1 million hectares out of 79.6 million hectares total land area. Pakistan’s economy is highly reliant on agriculture, which is the country’s backbone industry. Water and arable land make up the bulk of Pakistan’s natural resources. Agriculture generates nearly 18.9% of Pakistan’s GDP and employs 42.3% of the country’s workforce. Wheat and cotton are the two main agricultural products produce in Punjab, Pakistan’s most agricultural province. Crops that are widely cultivate. Mango orchards can found primarily in Pakistan’s Sindh and Punjab provinces, making it the world’s fourth-largest mango producer.

Pakistan’s principal crops include wheat, cotton, rice, sugarcane, and maize. They account for around 63 % of the total cropped area. Rice, cotton, and sugarcane are the three main crops grown in irrigate areas, but 90 % of wheat and the bulk of maize are also grown there.

Pakistan’s agriculture sector is beset by problems such as diminishing water resources, a lack of technical progress, low-quality seeds, and a lack of input supply, to name a few. Pakistan’s water resources are vital to its survival. Since the 1950s, the amount of irrigated land has grown. Irrigation of farmland consumes over 90% of the water utilized today. The agricultural output contributes for 19.5 % of GDP and employs 42.3 % of the labour force, according to the Pakistan Economic Survey 2016-17.

The Pakistan Academy of Sciences in Islamabad conducted a study in 2019 that determined the minimum per capita residential water demand to be 50 litres. In contrast, it takes between 2,600 and 5,300 litres of water to grow enough food for one person per day. Because growing food uses 50 to 70 times more water than water used for domestic purposes, food security is indissolubly linked to water security.

It was also reported in 2016 that Pakistan could run out of water by 2025, according to the Pakistan Council of Water Resources (PCRWR). One of Pakistan’s biggest problems right now is a lack of water, not terrorism, according to a 2016 “UNDP” report. According to the “International Monetary Fund (IMF),” Pakistan’s annual water availability had fallen to 1,017 cubic metres per person from 5,300 cubic metres in 1947. According to experts, the best method to cope with today’s agriculture sector’s challenges is to provide fresh solutions to producers and aid them in achieving successful farming.

Currently, Syed Fakhar Imam, the Federal Minister in charge of the “Ministry of National Food Security and Research,” is responsible for the program’s implementation. There are no equals in agricultural research in Canada. A major goal of the project is to enhance Pakistan’s federal and provincial agricultural research infrastructure.

To date, in 2019, Pakistan has developed 20 new varieties of wheat and maize (also known as corn) that are disease-resistant and climate change-resistant. Largely, this was due to PARC and “International Maize and Wheat Improvement Center” working together. United States Agency for International Development (USAID) also aided in the endeavour.

Islamabad, Pakistan’s National Agricultural Research Centre, celebrated World Food Day with a symposium in October. Pakistan’s Ministry of National Food Security and Research (MNFSR), the Pakistan Agricultural Research Council (PARC), and the United Nations Department of Agriculture collaborated to put on this event. ‘Our actions are our future: healthy nutrition for a world without hunger,’ was the theme for this year.

Importance of Agriculture’s  in Pakistan

“The process of cultivating land or soil for the purpose of producing is known as agriculture.” Agriculture is vital to Pakistan’s economy and development. Agriculture employs 48 % of the workforce directly. As a result, it is their principal source of income or livelihood for the vast majority of people in the economy. Agriculture employs over 70% of the population, either directly or indirectly. Agriculture provides the majority of the country’s food needs. Pakistan’s industrial sector relies heavily on agriculture as a source of raw materials. It contributes to GDP at a rate of about 25%, which is significantly higher than any other sector.

Wheat, sugarcane, cotton, and rice are the most important crops, accounting for 75% of total agricultural output. Wheat is Pakistan’s main food crop. In 2018, Pakistan produced 26.3 million metric tonnes of wheat, according to the World Resources Institute. According to the FAO, Pakistan produced 21,591,400 metric tonnes of wheat in 2005, more than most of Africa and nearly all of South America combined (20,304,585 metric tonnes) (24,557,784 megatonnes). In 2012, the country’s wheat harvest was in the range of 25 and 23 million tonnes.

Pakistan has also made significant strides in cutting back on the use of hazardous chemicals.

In years when the harvest is severely harm by drought, Pakistan is a food supplier to the international market. Pakistan gets most of its food from outside the country, importing things like vegetable oil and wheat. The country also exports things like rice, cotton, fish, and various fruits and vegetables. Camels, apricots, and ghee are some of the most popular commodities sale in the country. Cotton, onions, and milk are also big sellers.

Since independence, when agriculture accounted for over 53% of GDP, its economic importance had waned. An increase in support prices for various agricultural products and increase access to agricultural loans were among the government’s farm aid measures following the poor harvest of 1993. Real agricultural growth between 1993 and 1997 amounted to 5.7 %, but it has since fallen to around 4 %. Agriculture changes, such as increased wheat and oilseed productivity, are critical to the government’s budget reform programme.

Old irrigation methods in Pakistan have led to inefficient use of water. Twenty-five % of the water use for agriculture is lost due to leaks and line breaks. Due to poor soil quality and uneven terrain, crops only absorb a small portion of the available water.

The country’s expanding processed food industry consumes a significant portion of Pakistan’s agricultural output. However, processed retail food sales increased annually by 12 % in the 1990s and were expected to reach over $1 billion in 2000, despite supermarkets accounting for just over 10% of units.

It’s reported by the UN’s Food and Agriculture Organization that Pakistan is working to improve its milk collection and storage facilities.

Fisheries have an important role in Pakistan’s economy. Pakistan has a 1046-kilometre-long coastline with enormous fishing resources that have yet to be fully exploited. It’s also an important source of revenue from exports. Fish farming is also a rapidly expanding industry in Pakistan. The province of Punjab, in particular, has seen a huge increase in fish farming. GIFT Tilapia culture has recently been popular in Pakistan, notably in the Punjab area.

Forests make up only about 4% of Pakistan’s total land area. Food, paper, lumber, latex, fuelwood, medicine, and animal protection are all produced in Pakistan’s woods, which are also use for tourism. Agriculture’s Contribution to Pakistan’s Economic Development

The Importance of Dairy Farming

Dairy farming, a part of the agricultural industry, has also contributed significantly to economic growth. The production of livestock or dairy products has a substantial impact on economic growth. The average person consumes 155 litres of milk and 18 kg of meat every year. The highest rate is found in South Asia. There is a substantial market for milk, meat, and byproducts. Farmers who produce and sell these goods on the market may be able to make a decent livelihood. This process results in an increase in per capita income and the national income of the economy.

The textile sector is vital to economic development. These industries are solely reliant on agricultural produce in its unprocessed state. Cotton is the most common use crop as a raw material in a variety of industries. Furthermore, these commodities are export in exchange for foreign money to a range of economies. As a result, cotton as a raw material from an agricultural standpoint contributes to NI’s growth (National Income). Textile firms also create jobs, which helps to boost per capita income. As a result, we can conclude that textile industries make important contributions to economic growth.

Sugar industrialization is one of the most important economic sectors in terms of economic development. This is primarily a farming operation. Sugar cane is grown in large quantities throughout Pakistan. This is also deliver to sugar mills to produce sugar and other byproducts, both of which have a sizable market. These industries, as large-scale industries, contribute to the public’s employment level. This leads to higher per capita income and better living conditions.

Rice Export Corporation is a company that exports rice.

In terms of rice crop production, Pakistan has several major areas. Rice, the world’s most famous crop, is farme in a variety of locations. In exchange for foreign currency, a substantial amount is exporte to various economies. This foreign trade is then utilize to import new technology or machines or improve the economy’s infrastructure.

Finally, this article discussed the important roles that various agricultural sectors played in developing Pakistan’s economy, demonstrating that agriculture is the backbone of the country’s economy.

How To Add IDM Extension in Chrome