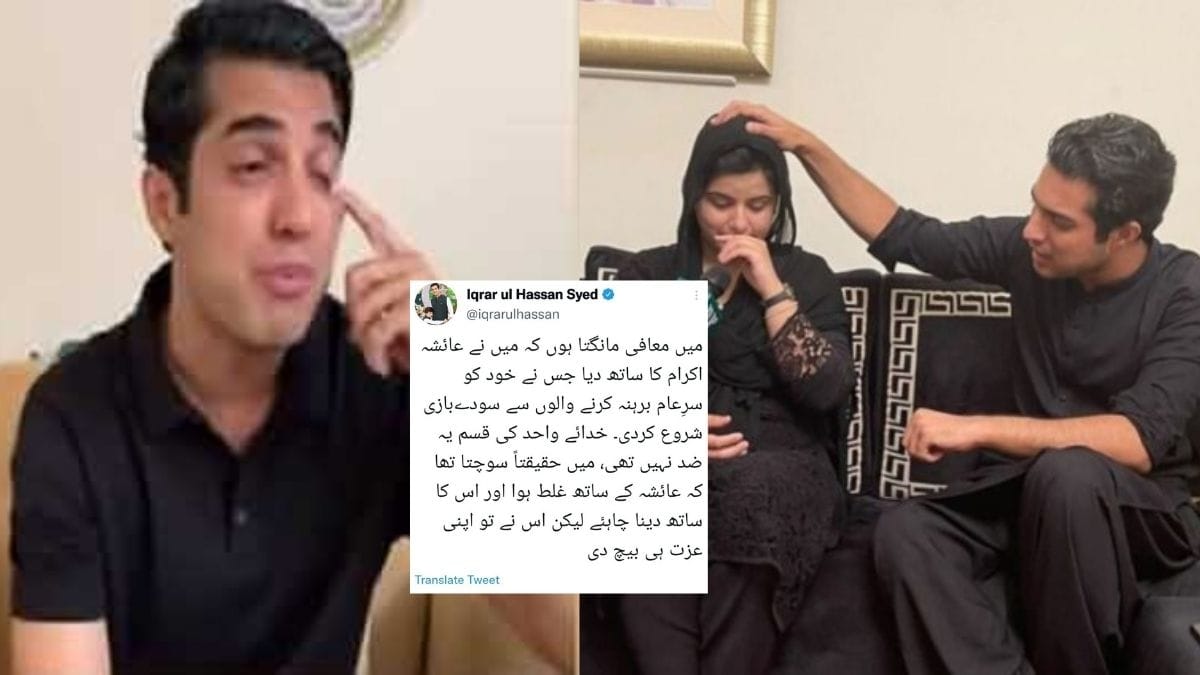 He has a long history of working with Sar-e-Aam on ARY News. And he can be seen hosting segments of the Naiki Program throughout Ramadan. Their participation in charitable activities is also growing.

There is one issue you should be aware of, which we will discuss further down. As a result of the Ayesha Akram-Minar-e-Pakistan case events, Iqrar Ul Hassan is receiving harsh feedback on social media.

On his official YouTube channel, Iqrar Ul Hasan posted an apology video. In a video, he reveale that he supports Tiktoker Ayesha Akram because she was the victim of harassment at Minare Pakistan.

When Ayesha Akram began haggling with others who exposed themselves in public. I apologized for standing with her, calling her a sister, and placing my hand on her head. Please accept my sincere apologies.

I still believe that what happened to her was wrong, but I believe that she went even further wrong by jeopardizing her reputation. This was a situation in which I did not have any stubbornness or ego, I swear to you by Allah, the One and Only. However, she was planning to collect Rs 5 lakh from the falsely accused, deal with them, and harass them, knowing full well that the vast majority of those detained were poor people.

If you believe that Allah has ever taken away a good deed from me, please pardon me for the charity that that deed provided to others. I made a serious blunder when I attempted to discriminate between the oppressor and the victim.

He adds that he now apologizes to everyone for supporting her. Because she sold her honor in order to obtain money from the poor people who were nominated in her harassment suit.

His tweet said as follows: “I sincerely apologize for siding with Ayesha Akram, who began bargaining with those who exposed themselves in public, and for any inconvenience this has caused. It was not stubbornness on my part; I truly believed that something was wrong with Ayesha and that we should rally around her; however, she betrayed her honour by selling it.”

Doctor Arrested In Lahore For Making Obscene Videos Of Colleagues