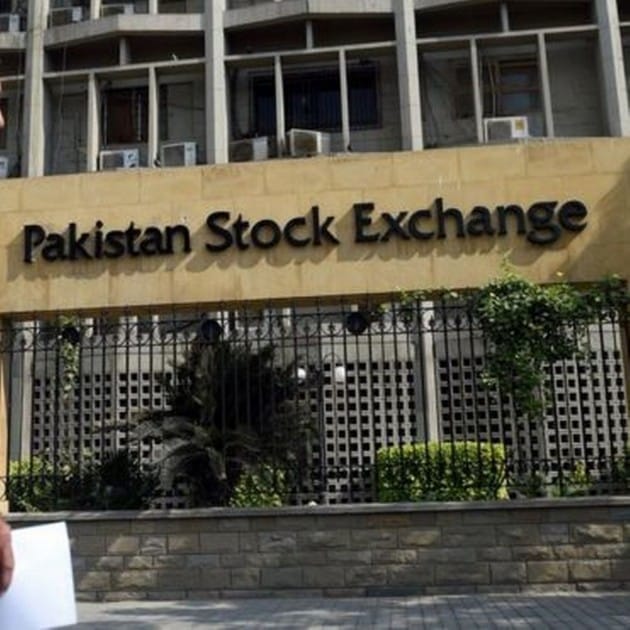 The Pakistan Stock Exchange on Monday came under a terrorist attack. Four terrorists attacked the PSX building, but security forces soon killed them all, said Reuters. Two other people were also killed, the military was quoted as saying in the report.

There were reports of intense firing and hand grenade attacks before the security officials took over the building.
Militants launched a grenade attack at the main gate of the building and stormed the building after firing indiscriminately as per local media reports.
A sub-inspector and two security guards were a martyr. Meanwhile, seven people, including three police officials, were injur, according to a police statement.

What Happen on PSX Building

The terrorists attacked the building, which is in a high-security zone that houses the head offices of many private banks, with grenades and guns, said Ghulam Nabi Memon, chief of police in Pakistan’s biggest city and its financial hub.

“Four attackers have been killed, they had come in a silver Corolla car,”

Memon told Reuters. There was no immediate claim of responsibility. The gunmen initially threw a grenade at security men posted outside the stock exchange compound then opened fire on a security post. The four were killed when security forces posted there responses.

Moreover, a police officer and the security guard stationed outside the PSX building were among the wounded. The injured are shifted to Civil Hospital. Meanwhile, the surrounding areas were sealed by police and Rangers personnel.

The Pakistan Stock exchange has also confirmed that the firing has stopped, and the reinforcements are in place.

“There was an attack on the PSX compound earlier today. The situation is still unfolding, and management, with the help of security forces, manages the security and controls the situation,” said the PSX in a tweet.

Sindh Governor Imran Ismail strongly condemned the attack on the Stock Exchange and said the attack was aim at “tarnishing our relentless war on terror.”

Google Faces $5 Billion Lawsuit In U.S. For Tracking Data While In Incognito Mode