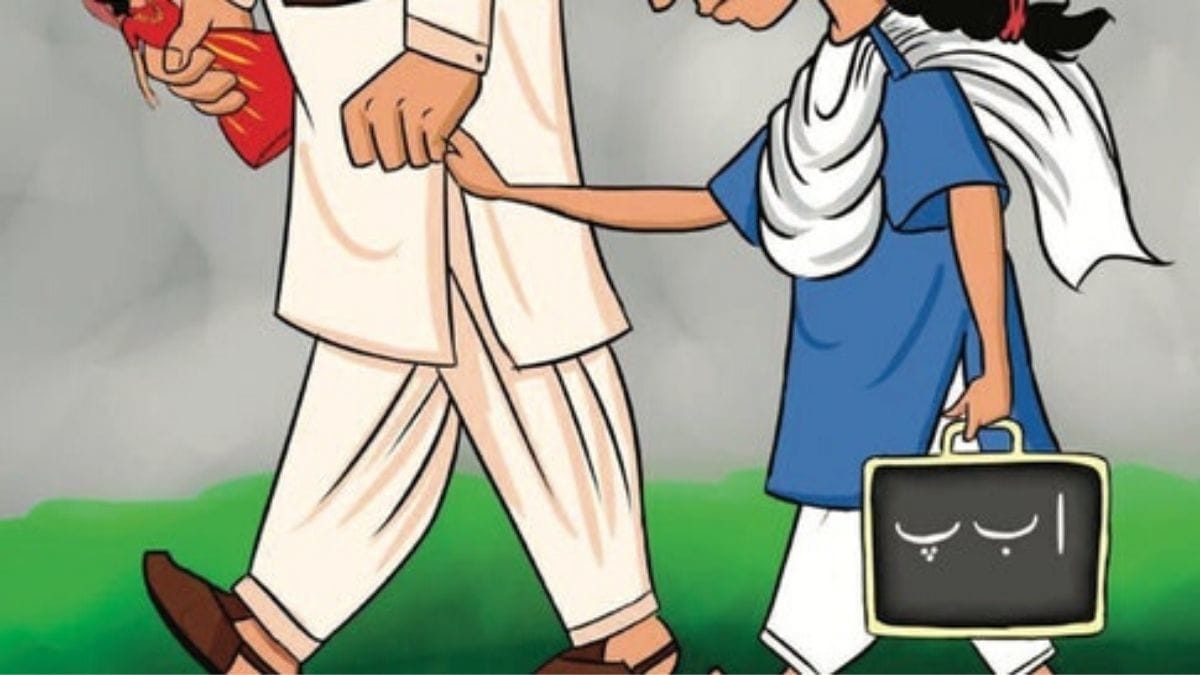 6 Leading Causes Of Underage Marriage Of Girls In Pakistan
Pakistan

6 Leading Causes Of Underage Marriages Of Girls In Pakistan

With the developing world, everything is progressing so rapidly, so are our culture and norms. Many of our culture has taken a further step towards the improvement of the welfare of mankind. But still, in our country, many of the rituals have made one’s exploited from his birth to death. The most important of them is the “child marriage of girl.” This is the one thing that has destroyed many innocent juvenile lives. In this article, I am going to be focusing only on the causes of underage marriages.

What Is Underage Marriages?

How To Get Marriage Certificate From Nadra In Pakistan| Details

According to another survey in 2018, “Societal Future Sustainability and Early Marriages in Rural Peshawar of Pakistan. In 2010, over 67 million women between ages 20 and 24 had been married before the age of 18 in developing countries. Among these developing countries, Asian and African countries have the highest proportion of girls married in the early periods of their life.

Also Read : To Be a Woman in Pakistan, Story Abuse, Shame, Society pressure, and Survival

In many South Asian countries, especially Pakistan, the Asian region is generally and in Pakistan particularly. Numerous young girls are marriege in this region in the pretext of social, cultural, and religious traditions. They remain disadvantaged physically, educationally, psychologically, and economically, thus keeping on suffering for the whole of their lives. Different factors have found to have a strong association with the age of marriage of females. Among these factors, education, residential factors (rural-urban), and economic status seem to closely connect with age at marriage. Here are some leading causes of underage marriages;

With the longing of spending life with a partner or to continue the ancestral cycle of our life. We have to get married. For this purpose, most women, especially mothers, try to find a bride for their son. In our country, the most preferr are the younger ones because, in their mind. They are the most innocent ones and can mold as their wishes, also for the reason that the girls have more childbearing years than the older girls. The girl who hasn’t given basic sex education and doesn’t even know how to rear a child is married to a well-grown man.

Unfortunately, as the literacy rate increases over time, there is still a lack of education, and many of the people are less aware of morals. The lack of education among the elders has made the young ones, especially the girls, deprived of education. Education’s temperament is useless, and eventually, after so many studies, every girl has to end up in a small kitchen cooking and cleaning like a slave has disrupted many aspiring aims. These people had never cope up themselves with the modern world; neither do they want their children to be. The wrong idea about education that the girl would get out of their hands has made an innocent human unable to write or read. In cities, the parents give their girls a primary education considering it as their right to study till school and marry them to some old friend or relative of theirs.

According to the survey 2018 “Societal Future Sustainability and Early Marriages in Rural Peshawar of Pakistan,” many of the girls are married in Asia and Africa under 18, so that is said to be their cultural norm. For centuries, the practice has been that when the girl reached puberty, she has also begun her age of ripening, and she is married.

The increase in poverty and financial instability has also made many parents forced to make their daughter marry. With the surge in inflation, parents’ insecurities to provide their children food and other needs have affected every boy and girl. The unlucky being’s fate makes him work or for a girl to marry someone instead of going to school. The fear of living from hand to mouth has made the girls a burden for their parents—many of the cunning being sold their daughters for the sake of money to satisfy their hunger.

In our count, almost all the activities we do or the decisions we make are out of fear of society. The personal choice of one vanishes when the comments and thoughts of people come in our way. The individuality shatters due to these people. The girl getting an education and not getting married becomes the town’s talk and is considered some unethical woman who is not suitable for such a religious connection. A person doing the right thing, making herself independent, and becoming the best form of herself has never been tolerable to this society. As a result, the individual’s self-esteem is lowered so much, and the young heart has no more cheerfulness remained. From the fear of society, the parents do not consider their children’s choices and what they want to do in their life.

In our country, crimes such as rapes, honor killing, dowry, property distribution, juvenile prostitution, and many other crimes have also made a young girl’s life unprotected. The parents fear for their children and do not allow them to go outside. The girls in the country are confined because of the cruel ones out there. The parents even fear while sending their daughters to school. The high level of sexual violence and street crimes in routine has also made the parents ban their education. According to the statistics, there are at least 11 rape cases reported in Pakistan every day. With over 22,000 rape cases reported to police across the country in the last six years.

There are several causes of girls’ underage marriages, such as the honor issue, for the compensation of murder. For the marriage agreement between families when the child is born, and other issues. No matter what the reasons are but fulfilling one responsibility and taking your hands off from other responsibilities, making a child deprived of basic rights is immoral. Giving underage marriages reasons in the light of religion does not prove innocence. It is still a crime in front of my eyes. Such people should also take a look at the other rights their children deserve in the light of Islam.

Also read : Marrying the right person, at the right time is important than marrying the wrong person at the ‘perfect age

The government has taken many steps for the child marriage issue:

Pakistan amended the law in 1990 which stated 18 as the minimum underage marriages. The Convention on the ELIMINATION of All Forms of discrimination against women (CEDAW) in 1996, which made forced marriage illegal.

Pakistan has been the representative of the South Asian Initiative to End Violence Against Children (SAIVAC). Including Pakistan, to abolish child marriages in 2014. As for the commitment, Pakistan aims to estimate the legal age of marriage to be 18 in all state regions.

Previously the parents were fined Rs1,000 with a one-month sentence, but the cleric was not punished. But the clerics were not punished at all. After an amendment in the Children Marriage Restraint Act 1929, more strict retribution was introduced. It states for the charge of 6 months prison term and a fine of Rs50,000.

The government is making many further steps and efforts. There are NGOs for women’s rights working against this brutal activity.

In the end, I would say that daughters are the precious gifts of God. They are those flowers that bloom and wither under the will of the parents. When our religion has given women equal rights as men, they should be allowed to be independent. Indeed a girl can support her family and make her parents proud by her contribution. If she is given a chance to move in her life further rather than impelling her to be the mother of a child and imposing all the responsibilities of life. On her fragile shoulders, which were made to carry a school bag at that time.

Understanding The Benefits Of Forests In Pakistan

Pakistan Armed Forces Ranks – All you Need to Know About