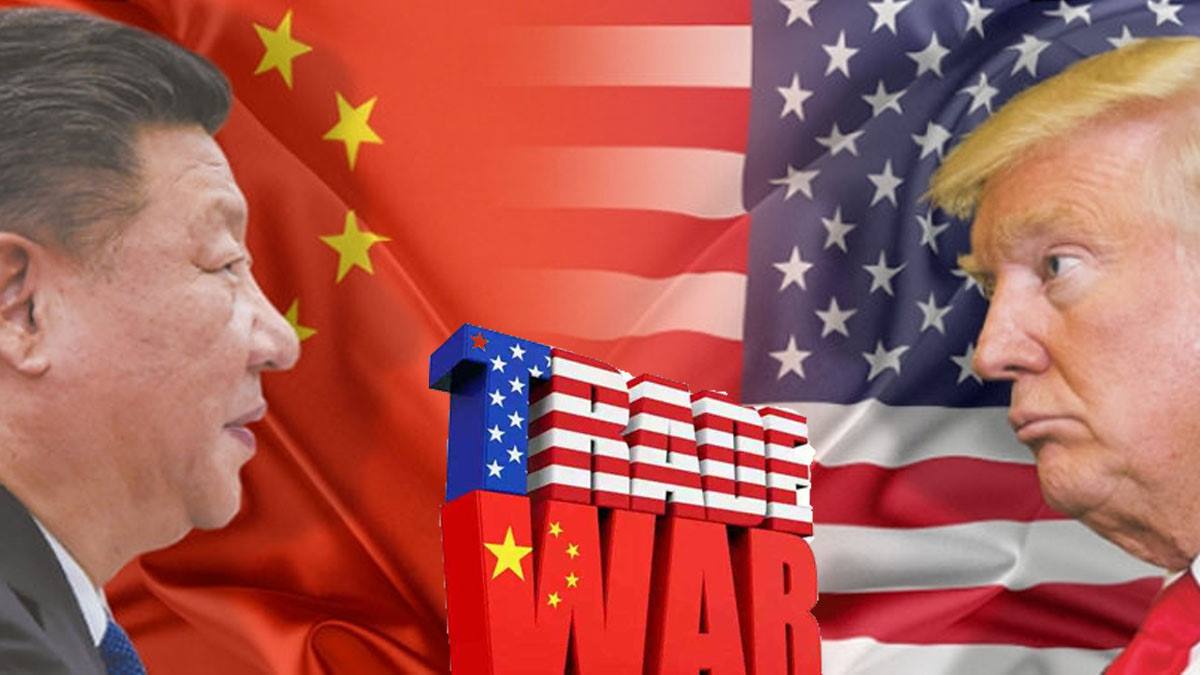 The tension on the trade war between the two superpowers was becoming more hard-line day by day. It increases the risks of equities rising. It appeared that the Chinese had decided to take a strong stance in negotiations, reducing the chances of a deal.  An impasse in trade talks would lead to the ratcheting up of tariffs and slower economic growth. In the months that followed, however, equities rallied.

President Trump’s announcement of an additional round of tariffs in early August heightens my caution. Frustrated by increasingly fruitless negotiations with China. He has significantly raised the stakes in a trade war that has been dragging on for more than a year. At some stage, the uncertainty is likely to knock consumer spending, leading to lower global growth, although maybe not a full-blown recession.

The Trade War with China Still Not Over, Who Would Win

Trump started a trade war with no idea what he was trying to attain.

Trump began from the incorrect assumption that because America runs trade deficits with some of our trading partners. These partners were taking advantage of the United States. The result, according to Trump, was stolen jobs and a massive transfer of wealth out of the country.

Trade war deficits represent no such thing; nor can the advantages of increased and freer trade be reduced to such simplistic calculations. The problem, however, is that once it starts with a simpleminded assumption of what trade deficits are and what they represent. The simpleminded policy that follows is not going to lead to any real tangible benefits.

If US public assume, as Trump seems to do, that eliminating the trade deficit is positive, then his tariffs make plenty of sense. So tariffs on Chinese exports to the United States, for example, reduce demand for these Chinese goods, and the deficit drops. But the taxes reduce demand for Chinese exports by raising the price, which means American competitors can raise their prices too, as long as they remain just under the cost of the imported goods. That’s inflation, and that means that consumers can afford less of what they want — or need — to buy, whether they buy imports (which Trump is trying to halt), or American.

The unintended consequences for the country, of course, is retaliation by your former trading partners. Americans may consume, but we also produce, and much of what we have, we export ourselves.

What if US export markets drop dead?

Trump always assumed that the United States had more power in these relationships than it has because again, he believes that it is the existence of the trade deficits themselves that demonstrate the problem. Our partners will have to back down; his logic goes because they sell more than to buy from the government. The fallacy in that logic is evident the second you start to think about the ramifications of a trade war—the US.

Trading partners know that Trump’s support isolated among states that have benefited enormously from free trade over the last several decades, especially in agriculture — the exports of which, by the way, are easily substituted. If our partners limit their retaliation to those pro-Trump regions, they know that they can hurt Trump politically while leaving exports from the Blue states untouched. The Europeans and the Chinese have mapped every single congressional district in the United States to their voting record in 2016 and focused exclusively on tariff retaliation on those districts that went for Trump.

Trump’s supporters are holding out because they believe that Trump is negotiating with the Europeans, the Chinese and the Canadians to deliver them from this stupid self-inflicted wound. They will point to the revisions to NAFTA as proof, but they don’t realize that those revisions change very little from the previous agreement.

The Chinese, in particular, have wondered what exactly the Trump administration wants from this trade war. That’s because there are no real “negotiations” taking place, Trump’s feckless rhetoric notwithstanding. His supporters are desperate to believe that he is negotiating. He’s not been to China to negotiate; also not been to Ottawa to deal; he’s not been to Brussels to deal. When he flew to Singapore to meet Kim Jung-un, they had a nice photo op, but they didn’t “negotiate” anything. Trump, in his ignorance, might see a drop in the trade deficit, if it occurs, as a sign of success.

Why Would That Be Ignorant?

If China reduces the amount of trade, the debt will drop. When business drops, everyone sells less. That means Americans sell less to china partners. That means they make less money, and in the 21st century when a corporation’s sales are down, they lay people off. The point of the trade agreements that Trump and his deluded follower’s profit so much was to trade more. That means exports for the US as well as imports of cheaper goods to the US. People may lose along the way, but the nation as a whole benefit.

Under Trump’s trade war, the only people who benefit are the steel companies and aluminium companies, not the workers. Trump’s supporters will point to hundreds of new jobs in the steel industry. Hundreds.

The agricultural regions of Trumpworld have probably permanently lost markets that decades of Republican and Democratic free trade policy developed for them. The Chinese and the Japanese have already replaced the American agricultural exports that they lost from the trade war and the abrogation of the Trans-Pacific Partnership.

Finally, US former trading partners have sized up this administration, and they are not impressed. Those countries that are happy. Trump is president — Russia, Saudi Arabia and Israel — see him as beneficial to their national interests. Which is hardly a selling point for Americans. But they are under no illusions as to the quality of his character, or lack thereof.

Strap in and get ready for a long, painful ride. This trade war is going to increase inflation, crush the stock market and boost unemployment. Its consequences are going to felt for a very long time. In the end, anyone who voted for Trump. If they are honest with themselves or bother to educate themselves about the economic and political ramifications. It will rue the day they voted for this imbecile.