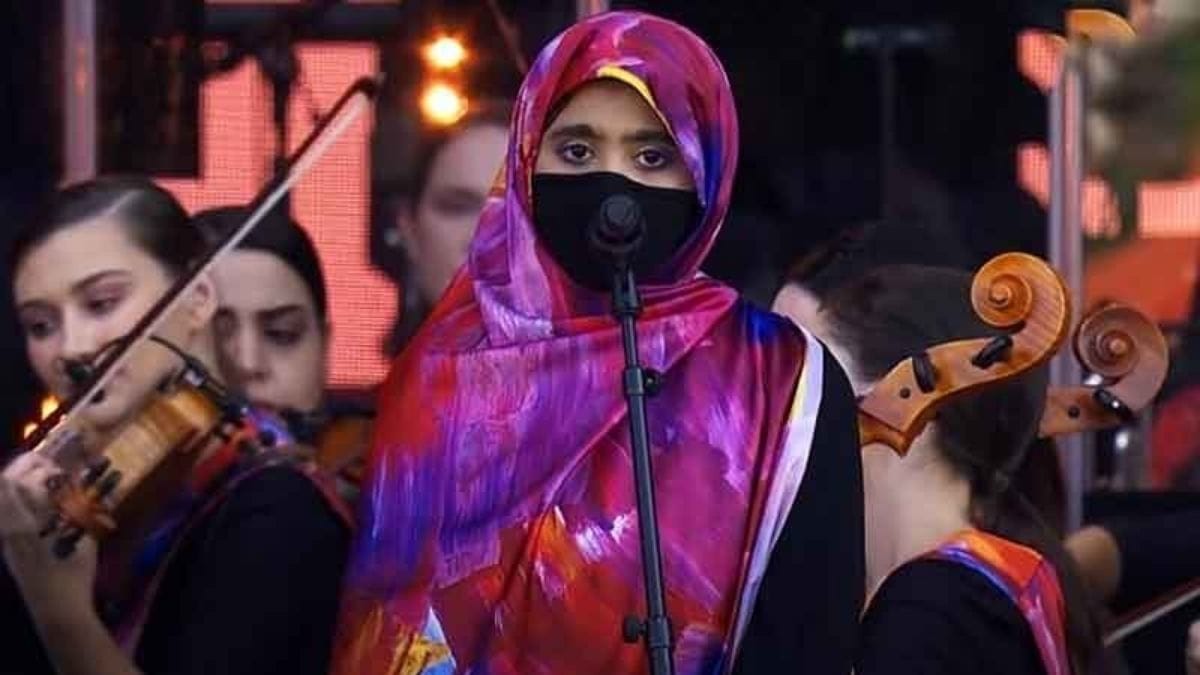 It’s Khatija’s first international performance. Khatija Rahman, AR Rahman daughter, is sometimes bullied online for covering her face, yet her performance at the 2020 Dubai Expo has shocked everyone.

Although Khatija has maintained that wearing a burqa is her choice, some believe that AR Rahman is the one who “forces” his daughter to wear one. Last year, when Khatija’s dress became a topic of discussion on social media, AR Rahman responded by saying that his daughter “finds her freedom” in her choices and that he is “awestruck” by her simplicity.

Although the 23-year-old’s name is mostly taken with AR Rahman’s, there’s more to Khatija than just being the daughter of an Oscar-winning Bollywood composer.
In an interview before her show at Dubai Expo 2020, Khatija shared how she has been trying to carve her destiny beyond her father’s immense fame.

“I’m still finding myself and I hope there is a day when I’m just defined by my name,” said Khatija. “That’s what I’m craving. I spoke to a lot of people who said it’s very normal to go through that existential crisis – like, what am I doing? Am I doing enough?”

Khatija performed her kalam Farishton at the world fair on Saturday, but her performance started making news after AR Rahman shared it on social media.