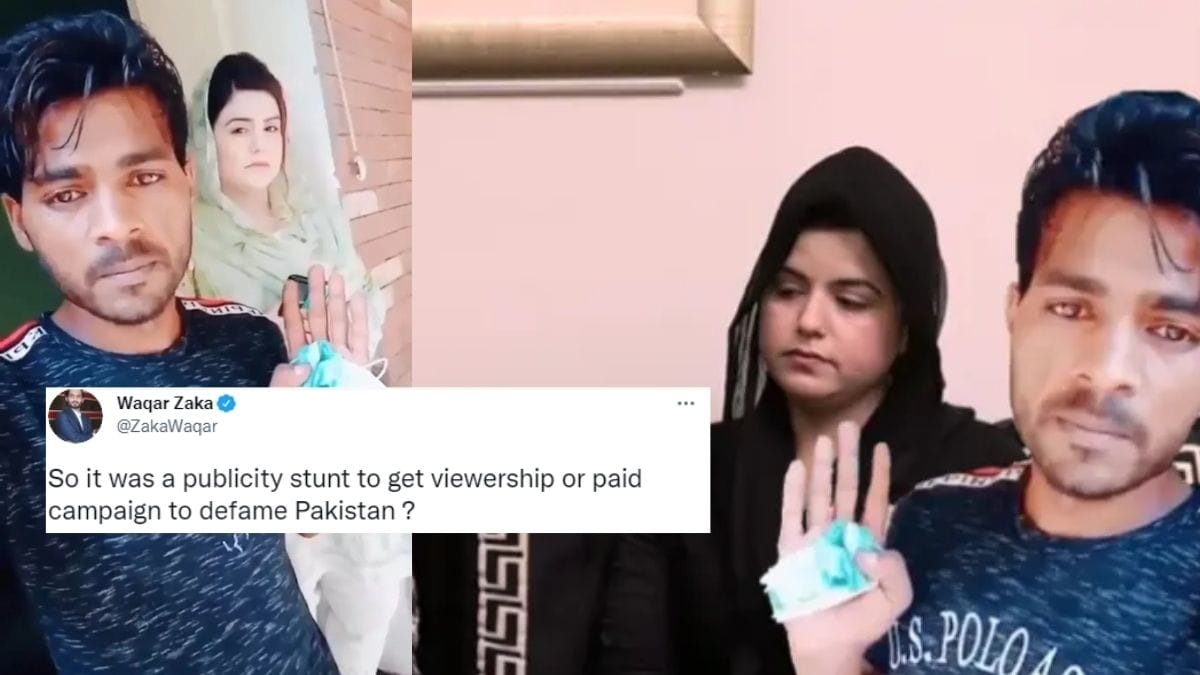 Ayesha Akram’s publicity stunt with Rambo has been uncovered

On August 14, 2021, Pakistani youngsters, elders, and everyone celebrated Independence Day on their own. However, after a few days, something appeared on the internet that quickly. Became the center of attention and gained control of all social media accounts. Many people on social media discussed that Minar e Pakistan incident publicity stunt.

The incident is refer to as “400 Vs. 1.” Yes, the incident where Ayesha Akram, a TikToker, was harassed by 400 men. Everyone was shocked by the incident, and everyone. From common people to celebrities, rushe to their social media channels to show their support.

Every girl began referring to guys as rapists, criminals, and a variety of other terms. It was a horrible episode in which nearly 400 guys in broad daylight grabbed one woman, and no one intervened. This infuriated and enraged everyone even more.

As more details about the contentious incident at Minar E Pakistan, which national anger and significant public debate. About the prevalence of sexual abuse and harassment in Pakistan. The story has taken a new turn. According to sources, the victim, Ayesha Akram, organized the meet-up with her team of TikTokers to collaborate with other TikTokers to build their viewership. Which is a popular practice among the TikTok community. One of her teammates, known as Rambo, is a cast member of the ARY News Channel’s Sar-E-Aam show.

According To security Officer

According to a security officer at Greater Iqbal Park, Ayesha Akram and her entourage arrived on the eve of independence to meet and greet her followers. He said, Ayesha had the option of fleeing the situation once the crowd began pestering her, but she opted not to do so and stayed for nearly two hours against her will. She later declined to make a police report when officers arrived on the scene. Is it Minar e Pakistan incident publicity stunt?

One of the essential facts is that she was completely active on all of her social media handles and posting items on that day, even though she did not file an FIR. Ayesha and her fiance then prepare a video in which they completely modified the situation and claim they were standing there.

A post shared by All Pakistan Drama Page (@allpakdramapageofficial)

Her reaction raised more suspicions to the incident, which included uploading images of herself with a cheerful look as if nothing had happened.

On the right, the man who molested Ayesha Akram can see guarding her.

Ayesha Akram had previously shot TikTok videos with her boyfriend Rambo. Who can be seen lifting her in the same way he hoisted her on August 14th. Many people assumed she was touched and sexually abused by the mob in this scene from Minar E Pakistan. But the man holding her turned out to be her teammate Rambo.

Is this a publicity stunt or a well-thought-out defamation campaign against Pakistan?

Was it some publicity stunt? Or it was intended to discredit Pakistan by implying that it is not a safe country for women. Because, if you dig deep enough, every information and detail reveals the answers to these two main questions.

She stated in an interview that she had only gone to celebrate the 14th of August. But she did not mention that she had invited her followers out for a meet and greet. It’s as though people are truly supporting her, writing long paragraphs for her, and even celebrities have spoken out against the traumatic act.

Waqar Zaka also took to the internet to tweet that Minar E Pakistan Incident was a publicity stunt. He will investigate this incident to expose the truth, calling it a matter of Pakistan’s dignity.

Even some of the attendees said that “she phoned us” “meet and greet.” Everyone knows what kind of people hang around on TikTok, so you can anticipate illiterate individuals treat a girl like a savage animal.

Although Punjab police are doing their job and tracking down all of the incident’s suspects.

Even Prime Minister Imran Khan spoke to IG Punjab directly. And police are on the lookout for those responsible for the mistreatment of female TikTok in Lahore and the vandalism of Ranjit Singh sculptures at the Lahore Fort.

The Punjab police have formed a special investigation team to determine whether the cops failed to respond to 15 calls. As Ayesha and Rambo have claimed. An FIR has been filed against 400 guys, and police are actively identifying and detaining those involved in the criminal assault.

People Reaction After & Before

The advocate Hassaan had also hinted that the SP city was informed of the matter and he did not let Ayesha register FIR. In another development that makes one question life in the country is that after the incident, all 400 people were not captured and punished brutally, it was TikTok stars that got banned from all parks.

It is not the TikTokers who are to blame, it is the entitled mindset of the men who know they can get away with groping a woman in broad daylight no matter who instigated it.

But the men, or at least those men who come without families have not banned entry, rather, it was the TikTokers.

Fly Jinnah: All You Need To Know About Pakistan’s New Low-Cost Airline And Its Livery