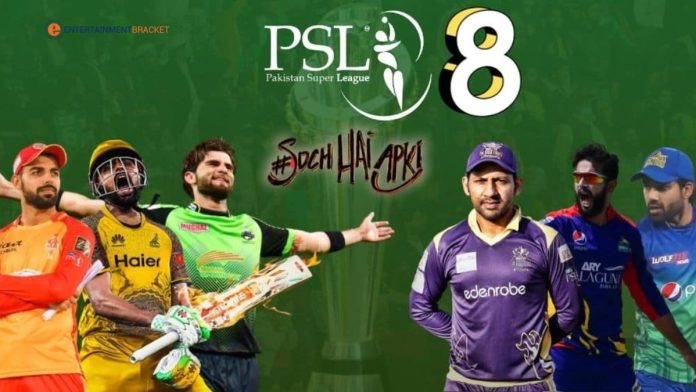 The official PSL 8 Schedule for the season of the Pakistan Super League has been released by the Pakistan Cricket Board (PCB) (PSL). The opening day of Pakistan’s main T20 event is February 13, and the tournament’s finale is March 19.

Lahore Qalandars, the defending champions, and Multan Sultans, last year’s finalists, will square off in the tournament’s first game at the Multan Cricket Stadium. The same location will also host the opening ceremony.

The 34-match competition will be contested at four locations, including Multan, Karachi, Lahore, and Rawalpindi, per the PSL 8 schedule. Before the teams proceed to Rawalpindi and Lahore for the tournament’s final stages, the first round will be conducted in Multan and Karachi.

The PSL 8 final will be held at Gaddafi Stadium in Lahore, and the playoffs will also be held there. The tournament’s most matches, 11, will be played in Rawalpindi. Karachi and Lahore will each host nine matches. In the first five days of the competition, Multan will host five games.

Who Will Win The Pakistan Super League in 2023?

Here is the full schedule: