Home > Places > Top 7 Muslim Countries To Visit In Your Lifetime 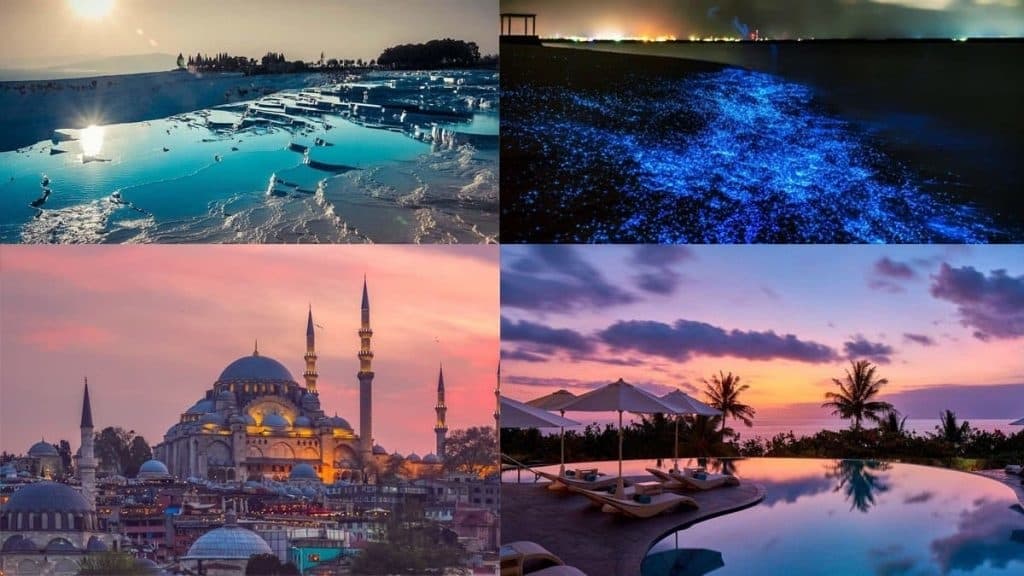 Top 7 Muslim Countries To Visit In your Lifetime
Places

Top 7 Muslim Countries To Visit In Your Lifetime

Absurd generalizations about the Muslim world are unfortunately increasingly taking over. A lot of it comes from geographical ignorance and a persistent trend of misinformation worldwide. Muslim countries are as diverse as Muslims themselves. Here’s a list of some of the most beautiful Muslim countries in the world that need to be on your visit list.

Albania is an entire roster of attractions – everything from snowcapped mountains, to warm, glittering beaches; a bustling, cosmopolitan capital, and a strong Islamic heritage. Albania has a largely incongruous history of acceptance and benevolence. Albanian Muslims famous for the Jews against the Nazis during the Holocaust. And every Jewish refugee who came to Albania survived.

visit Albania is one of the best Muslim Countries choices. Because the secret is quickly getting out. Albania’s beaches and mountains have been attracting a small, select bunch of travelers for years, which meant low prices and secluded places. This might soon change, so you might want to hurry up.

Morocco has a special kind of appeal that musters a few countries. There is a bit of Europe in large Africa; Moroccans speak both Arabic and French and enjoy their wine as much as their sheesha. Morocco is both sea and desert, both urban and nomadic. Islam lies at the foundation of Morocco’s contemporary life and is one of the cities like Fes and Marrakesh offers one of the world’s most beautiful displays of Islamic architecture.

Morocco is one of the world’s most fascinating countries with unbelievably beautiful, bustling cities, amazing food, beaches, snowy mountains, and sandy desert.

Kosovo emerged from one of the worst humanitarian disasters in recent history to become the world’s newest country in 2008. Their claim to sovereignty is still debated, but Kosovo is recognised by more than 100 countries. Travelers have consistently labeled Kosovo as one of the friendliest countries on the planet. However, the tiny landlocked country is picturesque in a characteristic Eastern-European sort of a way with idyllic villages, sprawling countryside, and historic cities.

The fact that the Maldives is a Muslim Countries escapes most people’s attention. Everybody’s favourite honeymoon destination, Maldives, and romance have almost become annoyingly inseparable. But the Maldives is more than its luxury resorts and their private beaches. There are more than 200 inhabited islands in the Maldives, of which most are quite unexplored.

The Maldives is tailor-made for couples looking for a romantic getaway. But the country is a gorgeous delight for any beach lover. The diving and snorkeling are fantastic, with some of the most vibrant reefs and atolls on the planet.

Also read: 12 Best Places In Pakistan You Have To Visit

Turkey has always kinda been the poster-child of progressive Muslim countries and one of the biggest reasons is the influx of tourists from Europe, who flock to its beaches and monuments by the millions and see for themselves what a Muslim countries actually looks like. Although Turkey has been prone to unpredictable violence in recent times, large parts of it (especially in the south) continue to remain popular with travelers.

Iran’s reputation in the media pretty much justifies the intent of this article. Anyone who’s traveled to Iran raves about the hospitality, the food, and the diversity of Iran. The Muslim Countries leave quite an impression, especially due to the image that is so often associated with Iran.

We have probably heard about Kazakhstan, likely very recently because this hidden Central Asian gem has now emerged from obscurity and entered the travel circuit. Welcoming, progressive, and unexplored, it ticks all the boxes for those seeking offbeat experiences and unexpected surprises, such as the nightlife in the city of Astana and the futuristic skyline of Almaty.

5 Things to Do on a Mountain Vacation

12 Things To Remember Before Travelling To Northern Areas in pakistan