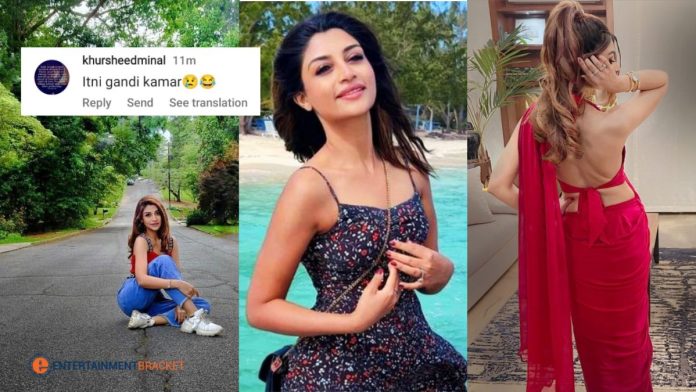 A stunning and gifted Pakistani actress named Zoya Nasir rose to prominence with Junaid Khan in the hit show Hania. In the past, Zoya worked as a stylist and makeup artist. Mere Humsafar, Zebaish, and Deewangi are just a few of the popular serials that Zoya has contributed to. Her successful television shows Mere Apnay was extremely popular. The famed author, Nasir Adeeb’s daughter, is Zoya Nasir.

Actress Zoya Nasir is well known for her trendy sense of fashion. Following the release of her backless photo, Zoya received a great deal of backlash from the public, who labeled her as overly brazen and disapproved of the photo. Take a peek at the image of her wearing a daring backless outfit.

She received harsh criticism from the public for donning an extremely provocative outfit. One user claimed that Pakistani actresses are unsatisfied with their personalities and enjoy performing skin shows. Fans expressed their anger and demanded that Zoya dress modestly. They used stern language when addressing her.